THIRTEEN year old Sean Byrnes is a great advertisement for his own motto: “Don’t just think about It – just do it”.

The teen has just completed his fourth Great Limerick Run in his hand-trike, never being one to let the fact that he has a physical disability stop him.

The Pallasgreen schoolboy and full-time wheelchair user was born with Spina Bifida but he doesn’t let that stop him taking part in all kinds of sports.

He is a qualified scuba diver and has achieved his PADI certification, working with weights as he does not have use of his legs.

He also plays wheelchair basketball, swims and generally is very positive about living life despite any limitations, according to his father John, who is also co-chairperson of Spina Bifida Limerick.

“He wanted to take part in the Great Limerick Run to raise awareness and to get the message out there not to give up,” said John.

Sean crossed the finish line in one hour and 11 minutes and running at his side the whole way was his determined mum, Fiona.
“She ran beside him all the way despite the fact that running is not her thing. She’s more into walking but they made it in great time.

“In keeping with Sean’s philosophy, they kept going and made it to finish,” John added as he extended sincere thanks to Suzy Kennedy and all the team at GLR for their support. 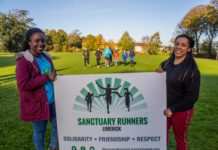 Sanctuary Runners are back training for the Great Limerick Run 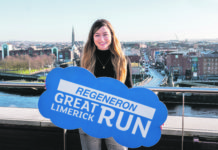 Great Limerick Run about to move to another level 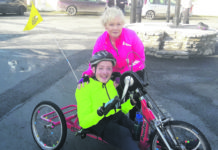 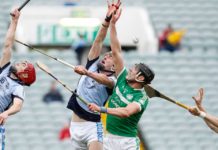