And she’s already set her sights on Thursday, July 26 as the date for the event which will comprise of a 750-metre swim from St Michael’s Rowing Club to Sarsfield Bridge and back again before a 5km run along the river bank.

“For insurance reasons, the aquathon will be confined to Limerick Triathlon Club members. The hope is that we will try to bring the National Aquathon Championships to Limerick next year,” she explained.

“We are very lucky to have St Michael’s Rowing Club on board and they have allowed us the use of their facilities for the event. They are very supportive of events that are positive of the river and the city community”.

Elisa has taken part in the Great Limerick Run every year and completed her first triathlon at the Joey Hannon Memorial triathlon two years ago before joining the Limerick Triathlon Club.

“I was hooked, I loved the buzz of swimming, cycling and running. It’s a great club. You’ll be training alongside top class triathletes, but it’s also very encouraging for those of us that aren’t going to be winning Olympic medals any time soon and just enjoy the fun of it all,” she said.

Along with Triathlon Club coach Mark Dempsey, she has been trying to get open water swimming training sessions established in Limerick City.

“When I started doing SwimableLimerick, which is a movement to try and encourage swimming in Limerick City, I learnt a lot about how to navigate the city river safely. It’s all about getting the right venue and the support of river users and local clubs,” she added.

Her ultimate dream would be to have a Limerick City Triathlon.

“It is great to see that the two recently elected Limerick mayors are very vocal about their pride in Limerick, the river and in our sporting heritage. With their support and that of the local community, we will see a city triathlon in the coming years.

“The city streets are made for large-scale sporting events. We really need to start using the city more and make sport more accessible for everyone. These events take significant effort and planning.

“The benefits it brings to the city are huge. Not only from an economic perspective but on a civic and social level as well. It makes people proud of their city as well as encouraging them to participate in a fun, healthy, sociable event.

“Mayor Daniel Butler said last week that we have it all here in Limerick and he’s right. We have a perfect river for swimming, as well as a scenic and historic city for a run. There are no other cities in Ireland that can boast that”.

For more information on the Aquathon, contact Elisa on 087-9120231 or email [email protected] 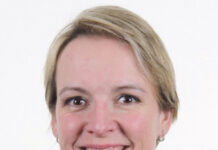 Make a splash in the New Year with Splash Swim School