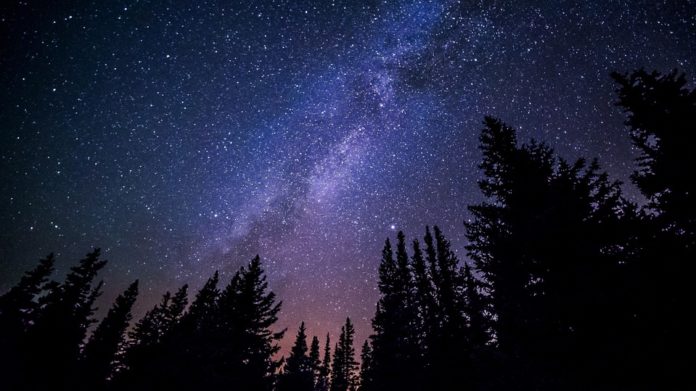 ASTRONOMY Ireland is asking members of the public all across the 32 counties to watch the best meteor shower of the year “The Perseids” and count how many they see every 15 minutes. This is fun and has great scientific value.

“Last year I was seeing 15 to 20 meteors every 15 minutes for several hours which is about 20 times what one would normally expect to see,” said David Moore, Editor of Astronomy Ireland magazine. “Many of them were extremely bright, which is what this shower is noted for,” he said.

The counts by members of the public are extremely useful to scientists as it allows the strength of the shower to be monitored from year to year. “This is how we know the Perseids always put on the best show of the year in August for many years. So there is great scientific value in simple counts done with nothing more than a clock and normal eyesight. No binoculars or telescopes should be used.” said Mr Moore.

“All people have to do is count how many ‘shooting stars’ (meteors is the correct term) they see every 15 minutes and send them to Astronomy Ireland’s website www.astronomy.ie that night or the next day. The results of the nationwide survey will be published in Astronomy Ireland magazine which is archived in the National Library of Ireland for all time.” said Mr Moore.

Perseid meteors can appear anywhere in the sky but their paths all point back to the constellation of Perseus in the northeast, but you can view any part of the sky, not just the northeast. A sun lounger is great for watching in comfort and avoiding neck pain.

If a family group are viewing (a great idea) each person should keep their own count and not include meteors seen by others if they did not see them for themselves.

Conditions are ideal this year with no Moon to brighten the sky and drown out the fainter Perseids. Those in rural locations with dark skies will get the best views but even city dwellers will see plenty. You can view all night long or just for one 15 minute interval if you wish. Skies will be dark enough from 10pm to 4am and the later you view usually the more you will see.

Perseids are caused by sand grain sized particles that fell off a comet called Swift-Tuttle centuries or millennia ago. Every August the Earth ploughs through the orbit of this comet sweeping up this dust at a closing speed of over 100,000 miles per hour and the tiny particles vaporise instantly from friction with the upper atmosphere. There is no danger in watching them as they burn out 50 to 100 miles above the ground, 10 times higher than a jet aircraft.

“This is a ‘celestial fireworks’ display provide free of charge by mother nature. We urge everyone on this island to spend at least an hour or two on Saturday, Sunday and/or Monday nights witnessing this natural spectacle.” said Mr Moore.

Full details are online at www.astronomy.ie where you can also submit your counts to be a part of National Perseid Watch 2018.