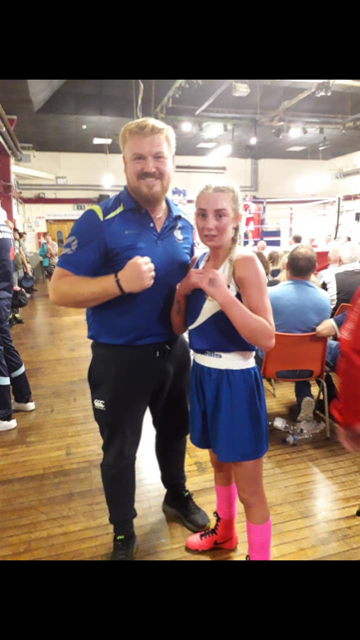 Having boxed 3 Irish champs over two weekends Breda won a very competitive division beating Georgina Sheridan of Tipp town in the quarters, Donegals Cody Lafferty in the semis and in the final edging Saoirse Morrissey by the tightest margin 3/2.
At only 14, Breda was the youngest in this group and this victory puts her on the National team for next months internationals with England and the upcoming European Senior Cadets in Russia in October