Home Lifestyle Arts What lies ahead for Limerick Literary Festival

THERE was a happy hum to O’Mahony’s Booksellers on January 10 as lovers of literature gathered for the low-down on Limerick Literary Festival, February 21 to February 24. It’s all good. Richard Ford is coming to town along with Philippe Claudel, David Park, Louise O’Neill, essayist Emile Pine, Liz Nugent and Lyndal Gordon.

Between committee principal Eileen O’Connor, festival invitees Bill Whelan (composer), Ann Blake (‘The Morning After the Life Before’ will stage in Dolan’s), playwright Mike Finn and RTE lyric FM’s Liz Nolan, towers of books to do with February’s gig made for an eloquent welcome.

It was Liz who launched the soirée with an overview of the four days and the shortlist for the 4th Kate O’Brien Award. This award is open to candidates who are female novelists working in Ireland and their debut novel – see last line.

“O’Mahony’s is what myself and my son regard as a home from home and for so many it is a centre for the arts in Limerick,” Liz told us as her 10 year-old curled up with a book, well out of sight of grown ups and their agenda.

Combining music and opera, The Hunt Museum is venue for the formal opening on Friday at 7pm following international journalist Lara Marlowe’s address.

“Also a literary partnership has come to the fore for a musical interlude   combining opera and poetry. The Irish National Opera has stormed on to the scene and for ‘As Music and Splendour’ – a nod to Kate O’Brien – we have some of Ireland’s great vocal talents coming here.” Music and reading from the festival’s muse’s works.

The late Irish Times critic Eileen Battersby was ever an outstanding support to this Limerick exploration and was close to the sorority. Liz Nolan made the point that “it is with tremendous sadness we bid goodbye to Eileen Battersby who was a great literary friend to this festival. Her daughter Nadia Whiston Battersby will come and speak at the festival which will be a real occasion.”

Eileen’s book ‘Teethmarks on my Tongue’ is shortlisted for the Kate O’Brien Award and “her wry sense of humour, her eye for detail and observation” were defined qualities that made her the fine writer and critic she was.

Programme and ticket bookings at www.limerickliteraryfestival.com 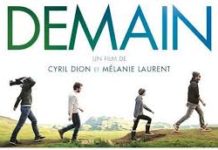