WITH the Belltable at sold-out capacity in January last year for Limerick’s inaugural  24 Hour Plays, this year’s statement(s) on stage moves to the larger Lime Tree Theatre. Book on www.limetreetheatre.ie pronto to witness five entirely new productions created and cast between this Friday night February 1 and Saturday 2 at 8pm showtime, venturing on the professional stage as complete works.

Fasten your seatbelt, reader. ‘24 Hour Plays: Limerick’ will be a bumpy, joyful ride.

Arts Page tapped Belltable programme manager Marketa Dowling for context as it was she who introduced this international challenge to the Mid-West’s directors, playwrights and actors in 2018. She is also behind the annual Belltable:Connect theatre makers CPD.

“The 24 Hour Plays is a concept that was staged first a few years ago in New York,” the Czech born Marketa tells us. “We all meet at 9pm on Friday and would hope to finish up about 9pm on Saturday. Everybody who is taking part has to bring a prop and a piece of costume that is put into communal use. Each play has to use three pieces – not exclusive to the play but the actors are.”

There are 17 actors, five playwrights and as many directors to this exercise. Alert: any company looking to sponsor this yearly adrenaline can contact Belltable.

Marketa Dowling and Mags O’Donoghue are the producers. Their technical and wider team is comprised of Mike Finneran, Tara Doolan, Pius McGrath, Emily Waters and The GAFF’s Leanne O’Donnelly.

“On Friday night, the actors have to stand up and introduce themselves and their special skill or skills, be that they can turn cartwheels, sing or speak Italian and so on.”

They are photographed and the playwrights pick whom they want for their shows, bartering  names and props if needs be.

“We the producers are there to make sure that things happen as they should, that the plays are written in real time. Works are  up to about 10 minutes long, not more.”

There’s one shared and shining quality between them: they are up for the jig. Emerging out of last year’s overnight into a long day’s journey to the stage, how did Marketa feel after the exhilaration? She rolls her eyes and grins and shudders a bit. “Immensely exhausted, to the point I did not go out with the others for a drink afterwards, I was so tired.

“What I would love to see is that some of the plays would have a future life and would be expanded on, either through a rewrite or to get bigger or as a monologue, whatever. I want that for the artists.”

Book on ‘24 Hour Plays: Limerick’ www.limetreetheatre.ie to join the crucible. 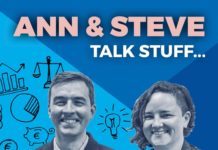