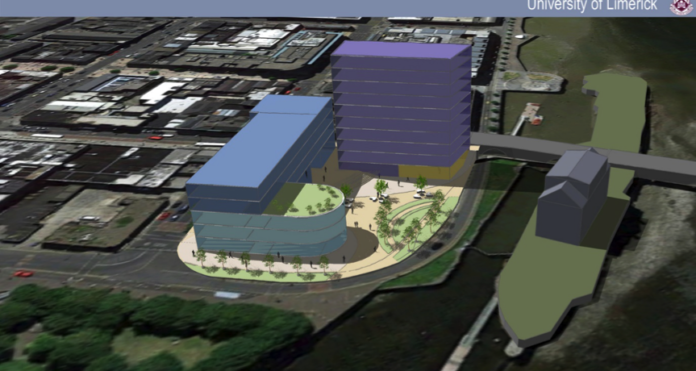 UNIVERSITY of Limerick’s announcement to purchase the unoccupied former Dunnes Stores site on Sarsfield Street was met with positive response from local councillors as well as President of the University of Limerick.

Today, April 9, concept designs for the prospective city campus which is hoped to bring together Law, Business, and Entrepreneurship in Technology and create a hub for developing and supporting enterprises in the city have been released.

Read about the announcement here.