Home Lifestyle Arts “Let all the world in every corner sing”

DEEMED to be the best boy choir in Ireland for good reason, The Choir of St Patrick’s Cathedral, Dublin, will sing in concert at St Mary’s Cathedral here for mid summer night, Friday June 21 at 7.30pm.

The man who organises St Mary’s packed annual programme in music, their organist Peter Barley, puts us in the picture as to why St Patrick’s choir is the national acme.

“They are the leading choir of that kind in Ireland,” Peter states. “Why? They are the busiest choir with 12 concerts at services each week. They have a concert programme that is year-round which will feature Remembrance Day for World War II, the service for Armistice Day.

“There are Christmas concerts and a Summer tour and they have recorded four albums that have been well received critically.”

He makes the point that St Patrick’s Cathedral is the seat of the Church of Ireland, the head of 12 dioceses countrywide and “St Patrick’s is the premier Cathedral choir.”

For this Limerick evening of celestial harmonies, Mr Stuart Nicholson will lead the boys. Since 2010 his post has been both organist and master of choristers at St Patrick’s Cathedral.

The music will be exciting. Peter Barley references the ‘5 Mystical Songs’ by Vaughan Williams with Jeffrey Ledwidge and Eoghan Desmond prominent as soloists.

“Ralph Vaughan Williams 1593-1633 was an agnostic who wrote a fair bit of church music. He had great respect for the Church and for the teachings of the bible, it was St James’ then.  His works are milling with themes of faith and communion set to music…there are beautiful words, beautiful music and a lot of it written for baritone voices.”

His best known work is ‘Let all the world in every corner sing’, which does it for musician Peter Barley with respect to the purpose of and the effect of  sacred music on those who listen to it – and those who sing.

After the interval, we hear that the stand out piece is the cantata ‘Rejoice in the Lamb’, written by Benjamin Britten who died in 1976.

Clearly referencing the love of  God for his son Jesus Christ, “it is modelled on music from much earlier times” and is homage to the great James Henry Purcell whom Britten revered: “Listen to the sheer brilliance in the words. It is religious in tone but rather intriguing.”

Other composers that The Choir of St Patrick’s Cathedral will visit on June 21 include William Walton, César Franck, Flor Peeters and Charles Villiers Stanford.

Such is interest in this delightful event that St Mary’s Cathedral has engaged the facility of University Concert Hall box office. Book on www.uch.ie 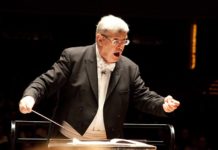 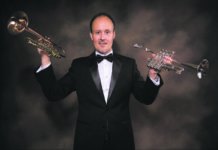 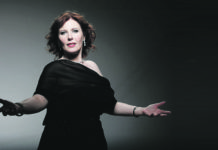