With city councillors due to decide on the plan to revitalise O’Connell Street on Monday, the Limerick Post caught up with John Moran who has been heavily involved in the debate.

So tell me John, why have you been so interested in this debate?

Lots of reasons I suppose.

Right now, I am very directly impacted as one of the few people actually living on that street at the top of a Georgian buildings which we are renovating.

But it all began when people came to me expressing disappointment about the lack of ambition.

Those individuals, who are all passionate about Limerick, debated the proposals and alternatives with me. I asked the LUCCROC team if they would meet us. To their credit, they agreed quickly. Our group included expert architects, residents of the city, people like myself who study recovery of cities and others whom you might say just love Limerick.

Was that the #LiveableLimerick group?

Actually, it was before then but it did give us the impetus to start that group.

After our exchanges, the second proposal was issued. Everyone felt very disappointed. Despite putting a lot of work into engaging with the team, we felt the plans were still behind the trends in other cities, likely to steal a march on Limerick. Other cities were already prioritising making cities more liveable, reducing carbon footprints, reducing car dependency and making city streets more inclusive, safer and overall more fun. The Limerick plans seemed to care more about not upsetting passing traffic on the street.

As Damien and I had just committed ourselves to moving back to live in the city centre, we knew, like the others, the plan was not the future we wanted for our neighbourhood. We could not just give in.

The LiveableLimerick group was born. We put alternatives to the officials like our proposal for a superblock based on a similar idea in Barcelona’s grid street. Or the idea of different zones all the way along O’Connell Street reflecting Limerick’s soul, created for us by architects from Copenhagen.

So how do you feel about the current proposals?

I think the latest plans still lack enough ambition to match the new Limerick emerging before our eyes.

Trying to please too many people especially car owners means a weak compromise, and one which might end up being even more dangerous to users than the present. A large bus left to move quickly on a bus lane can do a lot of damage to a child running around a shared space.

That said, with some key and not expensive amendments, we could drive on with the plans and totally reset the way we experience our city centre.

What do you mean?

Firstly, I suppose is safety. Mixing cars, bikes and pedestrians can be done safely and is done so well in many cities. It can also be done in Limerick.

But, we need to further reduce speed limits more. The distances are short. Not going faster than 15km (or 20km which is the latest proposal from the Council) is a small price to pay for greater safety.

To really make a difference, we should extend that new limit right away to the full Georgian quarter.

Slowing down traffic makes it safer for all users including those on bikes. It means we might not need dedicated lanes on that street. This gives more space for everyone else

But most people are upset about allowing traffic use the street still as a short cut across town.

There are plenty of other options – for example Parnell Street and others around the “Georgian Superblock”.

LCCC say they want greater, but not full, pedestrian and reduced traffic. I’d agree. But then they add that they want to have the “least negative” impact on traffic movements right now. You cannot do both.

Maybe they are right though?

Many people love the convenience of shooting up O’Connell Street to get across the city quickly. But they are not the only stakeholders who should matter.

Kids matter. Our ageing population matter – I’ll soon be one of them. People whose bedrooms are on the upper floors of Georgian buildings matter too.

We shared research with the officials showing this is not a good way to create a new destination that is desirable as a place to shop, dine, rest or meet friends.

Disappointedly, for such a key issue raised over and over in the submissions, the officials only refer in their response to the streets around not being able to take the extra traffic. But do not provide any evidence.

Remember, our city is trying to double in size. We have to start doing things differently or we will just end up with Galway’s congestion.

The more roads you build or keep for cars, the more cars you get, until it all gets clogged up again.

What is the alternative then?

The last couple of days have seen many stakeholders come together around a middle ground.

This is really important.

They say allow traffic to access most of the street safely at slow speeds but stop cars shooting through by making one or more key areas no through areas.

For example, let’s reimagine the block between Roches Street and Cecil Street. You could trial a street wide plaza there straight away. Traffic coming down Roches Street would be asked to go straight down to the river instead of turning left. Cars coming up O’Connell Street could turn right.

Imagine how amazing that could be. Quickly the restaurants would want terraces in front and develop like Little Catherine Street. Buskers and others even could shelter under the AIB canopy if it rained which it does sometimes in Limerick. Once the rugby experience is up and running, they could help animate the plaza out front. Taxis could still pick up on Cecil Street and take people home at night.

We could also install Christmas market stalls after Halloween in the parking spots being removed anyway in the middle block. We proposed it for the Crescent but for 2019, let’s do further down. I bet Limerick people would love that. Remember how many came out for the turning on of the lights last year.

But is this a not major change?

Not really. The current proposal wants to be flexible. This is just one design.   But pushing a bit more now rather than waiting.

Putting on my investor hat, I’d say it could also really help encourage outside investors to believe in the future of our city like we do ourselves, to come build more housing and more office blocks.

On Monday, the councillors could adopt changes that would allow the main thrust of the plan to move forward but send a clearer message that Limerick has understood what we are being told by all of the kids of the world recently. I was so proud to see such numbers here in Limerick itself marching up O’Connell Street.

Many of our councilors came out in support of them.

Now is the time for them to show that this was not just for a photo opportunity but that they too really want to do their bit quickly to change our city for the better. 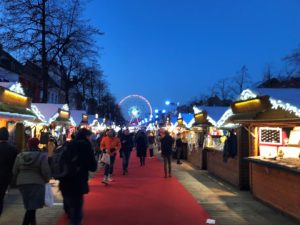 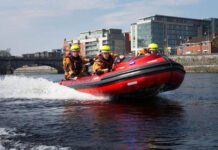 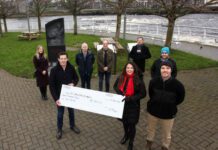 ‘Lean on Me’ winds down as businesses recover 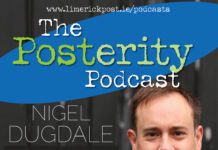 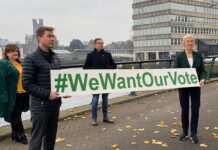 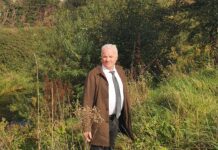