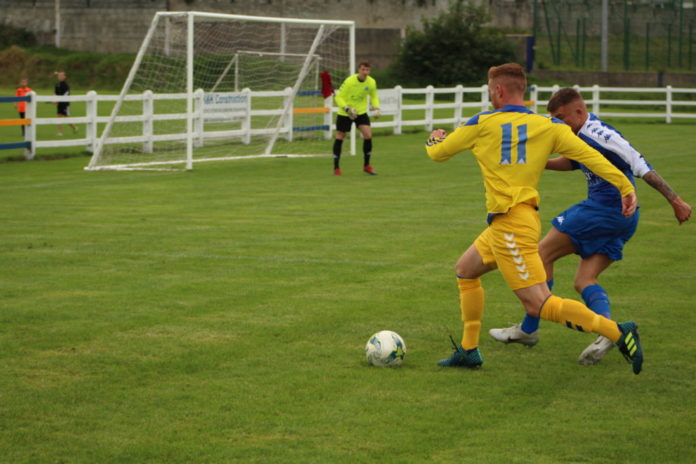 Fairview Rangers and Ballynanty Rovers will face off on Sunday afternoon in a crucial Munster Junior Cup clash between two heavyweights of Limerick junior soccer. The game will be played at the Fairgreen at 2pm.

Both teams can boast an array of ex-Airtricity League talent. Ballynanty have recently acquired the signatures of Shaun Kelly, Kieran Hanlon and Jason Hughes to add to the signing of a free-scoring Connor Ellis. It is a very experienced backbone and their opponents on Sunday are the only team to match them in terms of Airtricity League experience.

Fairview captain Jeffrey Judge sat out last weekend’s victory over Star Rovers presumably with one eye on this game. Clyde O’Connell has also joined the Fairview ‘revolution’ and with Ross Mann and Daragh Rainsford completing two of the front three spots for the ‘View, the tally of League of Ireland players who have played with Limerick in the last four years rises to eight.

Coupled with this, there are many junior players on show who have taken the Limerick District League by storm in recent years. Adrian Power is a serial league winner for the past three seasons and will line out on the left flank for Ballynanty.

Fairview have many options at centre-back but have struggled for consistency in the full-back department with Jamie Enright, Dermot and Brian Fitzgerald and Mark Slattery just four of the players who have featured in both full back positions this season. With the threat of Kevin Nolan and Adrian Power on the flanks, it is an area Donal Magee may target.

Jason Purcell has many selection headaches for the big game but none more so than in midfield. If fit, Judge is almost a certainty to get the nod but the other two positions are not as clear cut.

Recent signing Stephen Bradley is a big game player and is capable of shackling Donnan and Hughes. However, the tenacious tackling and work-rate of former Carew Park man Adam Frahill may be called for in a game of high intensity. Let’s not forget last season’s star performer AJ O’Connor who did occupy a midfield place last weekend.

Unlike Ballynanty, the Fairgreen outfit do not have a first choice goalkeeper. With two netminders of the calibre of the two Aaron’s, Wall and Savage, there is little to separate the two. Going by previous weeks, Wall will get the nod as Savage started against Star. This is the first game of this magnitude this season for Fairview, so it will be interesting to see who Purcell and Fitzgerald go for.

One thing is for sure, it will be a high pressure game for both management teams. Supporters of either side are expecting long runs in this competition. With the level of recruitment which has taken place, there is going to be one very disappointed dressing room come Sunday evening when the final whistle is blown and one of the ‘big three’ depart the provincial scene for another season.

On another busy week on the local soccer scene, Aisling Annacotty and Geraldines will renew rivalries at Jackman Park in the Tuohy Cup on Thursday, just five days after playing out a six goal thriller in the FAI Junior Cup which Annacotty won following an nail biting penalty shoot-out.

Both sides had the lead before succumbing to the pressure of maintaining the slim advantage. It was a great advert for the Limerick District League with both sides fully committed and bringing an intensity which unfortunately, is rarely seen as often anymore.

A great crowd witnessed the encounter and the tension was clear as almost every free-kick decision was contested by both sidelines. With the pessimistic goggles on, one would think that just five days later, neither side can serve up a similar type of game in the Tuohy Cup.

If that is to remain the case, it will certainly affect Mike Aherne’s team selection. The likes of Shane and Thomas Clarke will surely sit out this evening’s clash. Nathan O’Callaghan, Killian Maloney and Paudie Walsh have been virtual ever presents for Anancotty and their particpation may be limited due to the gruelling schedule.

There are also three games taking place in the Limerick District League Premier Division on Sunday morning as Pike Rovers will look to take advantage of their rivals facing off in the Munster Junior Cup to go clear at the top of the table when they face Mungret Regional.

Geraldines will have to recover from tonight’s game quickly as they travel to Prospect Priory who are in desperate need of league points. Regional United will be looking to build on last week’s win over Southend in the Munster Junior when they host struggling Nenagh. Regional will be expected to collect all three points in Dooradoyle. All games have a 10.30 start.