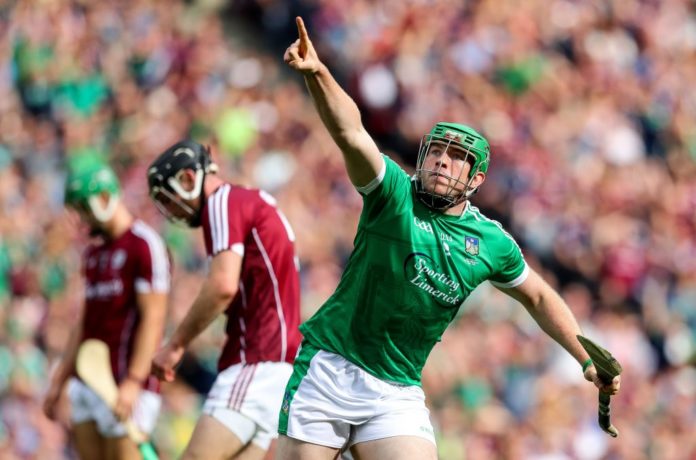 On Christmas Day Cian Lynch and Paul Browne were named in midfield;

Earlier Aaron Gillane was named in the corner with our full forward below!

Not only is Dowling Limerick’s top scorer of the decade, he holds the all-time record for his county, overtaking Gary Kirby with his haul of 0-15 on June 10, 2018.

Dowling’s accuracy from both play and frees has been a constant for Limerick since his debut in 2012.

Arriving on the scene with much promise after his exploits for Ard Scoil Rí, Dowling quickly delivered, establishing himself as the team’s go to forward in his first season.

In 2014, he won his one and only as Limerick fell to Kilkenny in the All-Ireland semi-final.

Limerick’s breakthrough in 2018 would not have been possible if not for Dowling’s interjection in the semi-final against Cork.

Coming into the play with Limerick six points down, Dowling shot 1-4 from the bench to fire his team into the final.

He followed this with the crucial third goal in the final as Limerick finally climbed the steps of the Hogan Stand.

His performances for Na Piarsaigh this decade have also been very noticeable as he has claimed five county titles, four Munster titles and an All-Ireland Club Championship in 2016.

Dowling’s clubmate Downes has been a part of the Limerick team since 2011, memorably recovering from an ACL tear in late 2016 to tog out for the All-Ireland final in 2018.