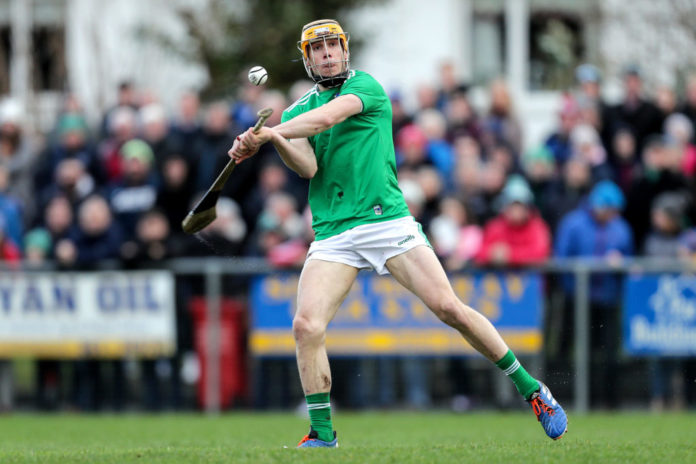 Limerick will play Cork in the Munster Senior Hurling League Final next weekend following their 1-27 to 1-19 win over Clare in Sixmilebridge.

John Kiely’s charges were in sublime form against Clare and never looked in danger of coming away with anything other than a comprehensive win.

Limerick raced into a 0-9 to 0-1 advantage with just 16 minutes on the clock, and although Clare brought the gap to three points on several occasions, they were always in the ascendancy.

David Reidy was in fine scoring form for Limerick. The Dromin-Athlacca sharpshooter fired over 1-12 in an impressive display.

Adrian Breen opened the scoring inside 60 seconds, but Niall Deasy levelled immediately from a free.

That was as good as it got for Clare as Limerick clicked into gear with the next eight points on the trot.

Clare did come back into the game as the half drew to a close, but Reidy’s second point from play saw Limerick into a 0-13 to 0-9 lead at the break.

Limerick continued to keep Brian Lohan’s men at arms length in the opening quarter of the second half and hit the killer blow on 56 minutes.

Graeme Mulcahy went through on goal with his first involvement of the game after being introduced as a substitute.

The Kilmallock man was dispossessed as he looked to fire to the net, but Reidy was on hand to finish the job with a mishit shot.

Limerick eased to the victory after that with Patrickswell youngster Josh Considine impressing with two classy points from the bench. His second finished the scoring and confirmed the eight-point victory.

There were several other impressive performers for Limerick, namely Barry Nash, Aaron Costello, Mike Casey and Tom Morrissey, as well as the imperious Reidy.

Following the game Limerick manager John Kiely was happy with how his youthful side performed against their near neighbours.