Home Limerick Nordic takes up tenancy in the Gardens 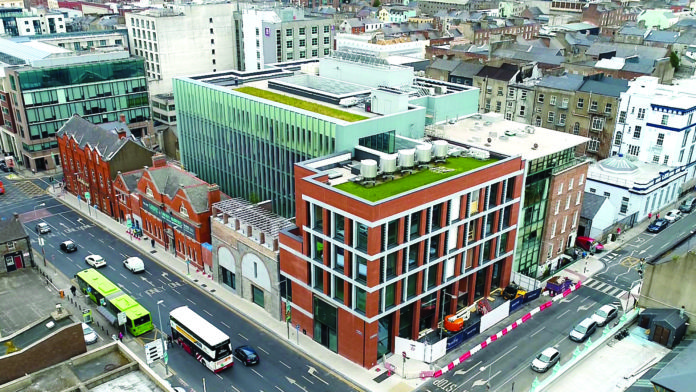 A MAJOR aircraft leasing company has taken up residence in Limerick’s newly refurbished Gardens International.
Nordic Aviation Capital (NAC), the world’s largest lessor of regional aircraft, has opened its Limerick headquarters in the flagship city centre development.
The original site on Henry Street has been incorporated in Gardens International, a €23 million development brought to the market by the Limerick 2030 committee.
Gardens International takes its name from the once-famous Hanging Gardens, the brainchild of Limerick merchant William Roche. Two centuries ago, the Gardens were home to exotic fruits and vegetables on terraces over vaulted storehouses.
Nordic, which has more than 500 aircraft in its portfolio, generated $98.1m (€88.5m) in the first half of its financial year which is close to twice the amount it generated in the first half of its previous financial year.
NAC said the most recent performance reflected organic growth, improved fleet utilisation, and continued lower operating and financing costs.
“Reaching a fleet of 500 aircraft is a significant milestone for the business and this, combined with our recent move to Gardens International, will enable us to realise and fulfill our future plans for the growth and development of NAC,” said Soren Overgaard, the firm’s chief executive.
The NAC fleet includes a mix of turbo-prop aircraft and regional jets, such as ATR-72s, Embraer 190s and 195s, and CRJs