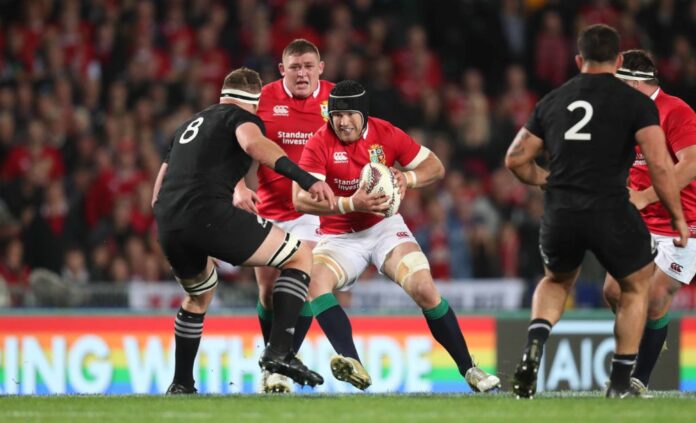 WHILE the current situation in sport is grim, with no return date for any sporting events in Ireland, one thing that will surely go ahead is next year’s British and Irish Lions Tour of South Africa.

The tour every four years garners huge hype and once again the touring side will be facing the reigning World Champions as they did when they traveled to South Africa four years ago.

While there will be of course local interest with a number of Irish players set to travel, Limerick man Felix Jones is part of the current South African coaching ticket as is former Munster Head Coach Rassie Erasmus.

With the Tour just over 12 months away, I predict the starting Lions team for the first test on July 24.

From the side that started the final Test in 2017, there are a share of players that will be confident of retaining their place.

From that team only Sam Warburton has retired but there are a share that aren’t making their nation’ starting XV anymore and have little chance of making next years’ tour.

From those that started in Auckland, the following look certain of touring once more barring injury.

Johnny Sexton, Conor Murray and Alun Wyn Jones would be hopeful of touring once more also.

There are a number of players that have emerged onto the International scene in the last couple of years that are certainties to travel such as Jacob Stockdale, James Ryan, Haydleigh Parkes, Garry Ringrose, Tom Curry, Sam Underhill, Dan Leavy (injury permitting), Jamie Rithcie, Jordan Larmour, Josh Adams, the list goes on.

Looking into the crystal ball, this is the team I’d opt for.

Cian Healy’s resurgence will see him travel but the English loosehead prop’s sheer physicality will be a huge asset against the Springboks.

Next in Line: Cian Healy

A shot out of the dark and the current season disruption will do his chances no favour but the young Leinster Hooker has shown that he is capable for the big stage already.

Next in Line: Jamie George (England)

It is a straight shoot out betweeen Furlong and Sinckler who were 1&2 in 2017. Sinckler has gone from strength to strength while Furlong’s form has dipped a bit from the otherworldy performances of the last few years.

But on his day nobody can compare with the Wexford man.

Next in line: Kyle Sinckler

As nailed on as you could be a year out from a game. The two young locks are two of the best in the business and are contenders for captaincy also.

Curry looks like a certainty to start giving his explosive introduction to International rugby. He can play anyweher across the back-row but I put him at 6.

Next in line: Peter O’Mahony

Another widcard but Dan Leavy’s 2018 perfromances were incredible as Ireland secured a Grand Slam. Perhhaps Ireland’s recent poor orm has something to do with the Leinster man’s absence.

CJ Stander has returned somewhat close to his top form but Vunipola is the man to cause South Africa probems.

There is every chance CJ slots in as a flanker however with his physicality.

Next in Line: CJ Stander

Yes Murray has not played aywhere near his best for a long time, but the Patrickswell man comes alive ion Lions Tours as he showcased in 2013 and 2017.

His size is essential for a South African Tour.

Had injuries not blighted Joe Carbery’s second season at Munster, there was a chance the Munster man could sneak in with Farrell moving to inside centre.

Finn Russell’s form makes him an option but the centre position is looking strong so Farrell stays at 10.

Next in Line: Finn Russell

There is a whole host of options here. Tuilagi looks a certainty given his return tot he England side, albeit at 13. But Garry Ringrose’s performances are such that he pushes the England man to inside centre where he can work his magic in the 13 channel.

May is the form winger in the World right now and will his battle with Cheslin Kolbe will be brilliant to see. Daly is an automatic choice either on the wing or at full back.

There are serous options on the bench too however.

Another who’s form has dipped but Hogg’s ingenuity will be needed against the Springbok defence. Jordan Larmour’s stock will have risen by then but Hogg will shade it.

Next in Line: Jordan Larmour

The post Opinion: Picking The Lions 2021 team for the First Test appeared first on Sporting Limerick.