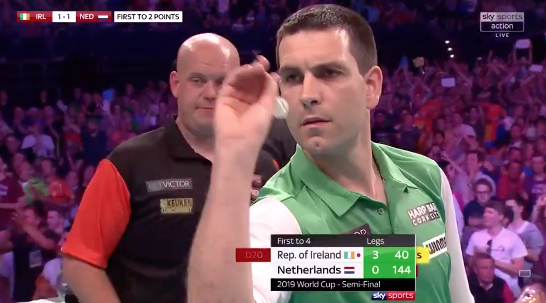 Limerick’s William O’Connor is set to meet world #1 Michael van Gerwen at the oche this Thursday.

The Cappamore man is looking to bounce back from a 6-3 opening day defeat to James Wade in the PDC Summer Series when he meets Wednesday’s winner in Milton Keynes.

Thursday’s action is the second event of five, which sees 128 players compete for a £75,000 prize.

O’Connor, the current world #37, has previously admitted he nearly gave up the sport due to eye problems in 2017.

The event abides by all Covid-19 guidelines with all attendees being tested and social distancing rules being enforced.