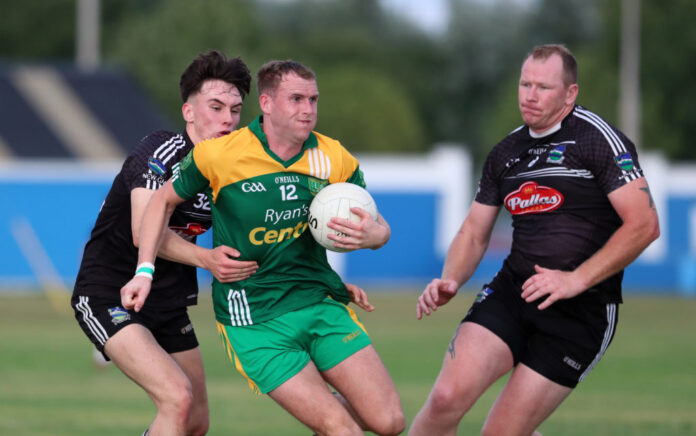 THIS weekend, the final round of the Limerick Senior and Intermediate Football Championships will take place with all knockout and relegation places to be decided.

There is also a relegation semi-final in the SFC down for decision.

Jack Neville looks ahead to each below.

Saturday August 29 at 6pm in the Bog Garden

Ballysteen enter the final weekend as the only team playing who are unsure of whether they will play in the knockout stages or the relegation play-offs. After surrendering an eight point lead against Drom last weekend, they need to avoid a defeat of 12+ points against last years champions to move into the last eight. A win would see them overtake Newcastle in the table and finish top of the pile however. Newcastle had a bye week last time out and will look to continue in the manner they left off in round one where they were comfortable 2-12 to 1-3 winners. Newcastle were 1-10 to 1-7 winners when the sides met in last years quarter-final.

The final of three top of the table clashes takes place in the final group game of the competition on Sunday. Adare are aiming for a 12th successive group stage win and were 0-12 to 1-5 winners when the sides met in Round 2 last summer. Both teams have defeated Na Piarsaigh thus far with Adare winning 3-14 to 1-4 while Caseys had two points to spare in their defeat of the City side. Adare will be favourites to progress as group winners. Regardless, first will play second in group 1 and vice versa with any of Ballysteen, Newcastle West and Drom potential opponents. A draw would also be enough to secure top spot for Adare who have the superior points differential.

Saturday August 29 at 6pm in Bruff

Heading into the game, both sides are assured of their progress to the quarter-finals, with top space still up for grabs. Monaleen had more to spare against St Kierans in their victory, winning 0-11 to 0-6 last weekend as they kept the West team at arms length for the majority of the game. However, Galbally were the big winners in round 1 as they matched their win total from 2019 with their 2-7 to 0-11 win over Kierans. Galbally do have a number of injury concerns but will be hopeful that those will have cleared by the quarter-finals. As such, Monaleen will be favoured to finish top and play the second team in Group 4.

Saturday August 29 at 6pm in Kilmallock

At the same time as Group 3 is decided, so will the final group as Ballylanders take on Oola. On paper, it is advantage Ballylanders who were so impressive in the final quarter against Galtee Gaels as they surged to a 1-16 to 0-8 win. However, Oola will be buoyed by the fact that they overcame last years intermediate champions with 11 missing from the side that reached the 2019 decider. It promises to be another close contest in what is largely a dead rubber with the potential of Monaleen and Galbally awaiting. The teams haven’t met since 2017, when Ballylanders were 1-10 to 1-8 winners.

Sunday August 30 at 1pm in Kilmallock

The first relegation tie of the championship takes place on Sunday with he meeting of St Kierans and Galtee Gaels. Both sides are pointless from their two games thus far and will be desperate for a win here to avoid a relegation final against one of Na Piarsaigh or Drom Broadford/Ballysteen. While St Kierans have fallen way below their 2019 standards, Galtee Gaels have performed admirably in their first year back at this level. Their final quarter performances will be of huge concern however as they conceded 1-6 without reply down the stretch against Ballylanders. It will be a tight contest with Kierans having the experience to see off the newbies.

Claughaun’s draw with Mountcollins on Tuesday means Rathkeale are through after their round one win over Mountcollins. If Claughaun can better Mountcollins’ loss by nine then they will join Rathkeale in the quarter-finals. A win or draw for Rathkeale will see them advance as group winners which they will be fancied to do.

Sunday August 30 at 6pm in Caherconlish

Yesterday Gerald Griffins secured their place atop the table as they beat St Pats 0-16 to 2-14 in a classic encounter in Askeaton. It is now a straight shootout between Pallasgreen and Pats for second spot. St Patricks would have to be favourites considering they only lost by two points to last year’s finalists as Pallasgreen lost by fifteen. However, in a make or break tie like this, form goes out the window.

Another win for St Senans will guarantee their progression at the top of the table as will a draw. Nothing but a win will do for Bruff who currently lie bottom of the table, two points behind Senans and Glin. They do have a superior points differential to Glin however with a win moving them above Glin and a winning margin of  9+ enough to seal top spot.

Both city sides are assured of their place in the last eight after wins over Monaleen. Mungret currently hold the superior points differential so a draw would be enough for them to advance. Kildimo Pallaskenry as such need a win to finish top of the pile.