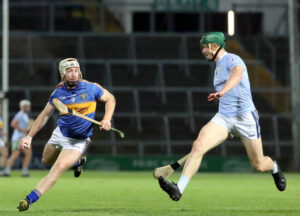 THIS Saturday evening Na Piarsaigh and Doon meet in the Limerick SHC final at the Gaelic Grounds.

Na Piarsaigh qualified by virtue of knocking out last years champions Patrickswell and captain William O’Donoghue says there is a lot to learn from that win as they prepare for a ninth final since 2009.

“There’s an awful lot to look back on and improve on.”

They play Doon in a repeat of the 2018 decider with O’Donoghue expecting a tough assignment against the East side.

“It’s going to be a very tough match. They are going in as hot as can be. We’re expecting a very physical match and I’m sure that’s what it will be.”