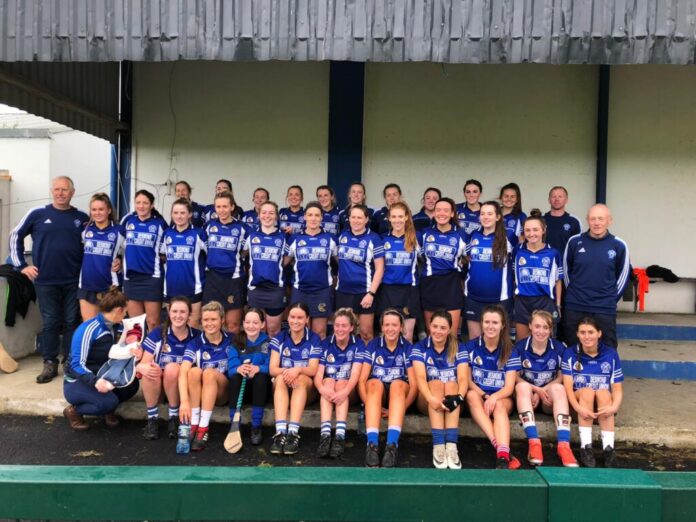 KILEEDY bridged an eight year gap since their last Senior camogie title on Sunday as they overcame champions Newcastle West 1-9 to 0-7 in the Bog Garden.

Under the tutelage of Jim O’Sullivan, Kileedy had the first fve scores of the game inside the opening quarter of an hour.

Newcastle responded with three of their own to bring the deficit back to two points.

Kileedy would then strike the decisive goal as a long Lisa Scanlon free ended up in the back of the net.

Newcastle would get the final score of the half but trailed 1-5 to 0-4 at the break.

The champions would notch the first two scores of the second half and the score was 1-7 to 0-6 heading into the final water break.

Scanlon would point her side to glory from here as Kileedy won a sixth ever title and first since 2012.

Later in the afternoon, Bruff were crowned intermediate champions after they beat Cappamore 1-10 to 1-7 in the same venue.

The sides were deadlocked at 0-5 apiece at half time.

Limerick Camogie vice captain Muireann Creamer had the games first goal straight from the restart to push Cappamore ahead.

Niamh Ryan’s response was immediate for Bruff as her goal drew the teams level.

From her they would outscore their opponents 0-5 to 0-2 to secure the title.