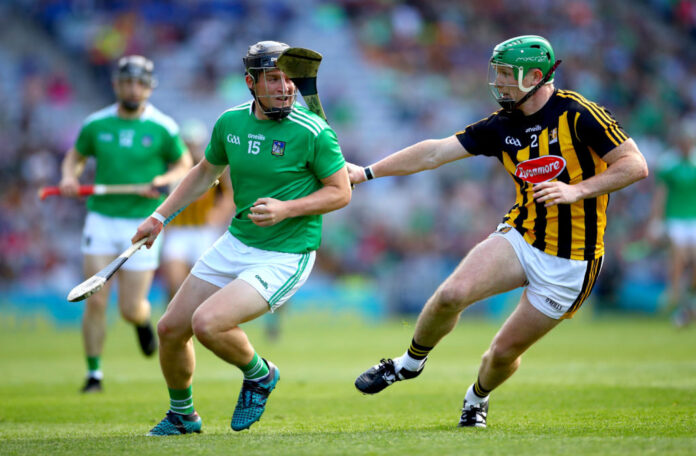 LIMERICK are back in the All-Ireland semi-final for the third successive year after they captured the Munster title against Waterford on Sunday.

At this stage in 2019, Limerick failed to show up against Kilkenny in the opening quarter and trailed by as many as nine-points before losing out by a point to the Cats.

Much was made of Limerick’s defeat at this stage last year but for Peter Casey the side have moved on from the disappointment of 2019 and are focused solely on this game, whoever it may be against.

“We are in the last four now and whoever we get will be there on merit. Whoever we do get, it will be a serious battle and hopefully we come out on top.”

Limerick’s 0-25 to 0-21 win over Waterford on Sunday was surprising to many with the Shannonsiders huge favourites heading into the decider.

However, Casey said his side was expecting the titanic tussle they ultimately got against the Deise as Limerick showcased a battling side they have not needed to use thus far in 2020.

As such, the Na Piarsaigh forward is hopeful that the experience can stand to the side in a fortnights time.

“We focused on Waterford last week and it was just Waterford. And I suppose  once we find out who we are playing next week it will be solely focused on them. But it is a goal to get back to Croke Park. It’s every players dream t get to Croke Park to play in All-Ireland finals and semi-finals so hopefully we can go one step further than last year and get to the final.

“Talking to some people, they said they thought we would just have to turn up but we knew it was going to be a battle. Waterford are a ferociously hard working side. They are young and athletic and we knew they would bring that running game. So we knew would have to be cautious of that. We didn’t get carried away with ourselves, we knew it would be a battle and hopefully it stands to us in two weeks time.”

As for playing behind closed doors, Casey says that the game on the field is similar to that pre-Covid with a championship intensity at ground level despite the lack of a crowd.

“As a player you feel every bit of intensity. Against Waterford there was a ferocious intensity in the opening half and especially after half time. But we knew they would bring a battle like that. But in terms of intensity, the crowd obviously play a huge part in galvanising teams, but we are solely focused on ourselves and we don’t get too  much into that. I myself definitely think the intensity is there from the teams and you can feel it out there.”