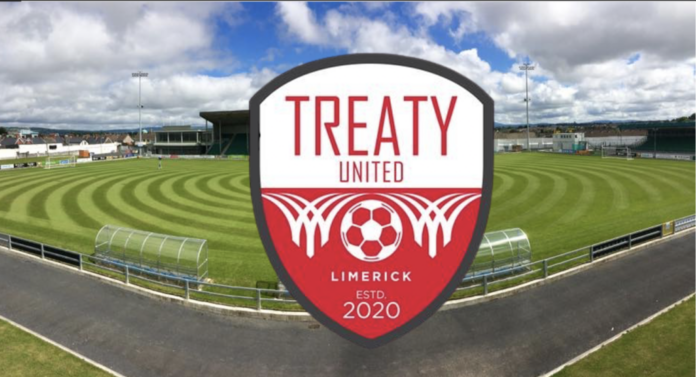 Undoubtedly, even the most optimistic Limerick soccer enthusiast could not have predicted anything but a grim 2020 due to the soul-destroying way in which it began. Exactly 12 months ago, the city’s senior soccer representative Limerick FC entered liquidation and would not compete in the national league for the first time since 1937.

This is not an article which intends to dwell on the events which followed as they have been discussed all too frequently since but the lack of a senior club in the third biggest city in the country brought a feeling of despair.

Fast forward a calendar year and a completely different feeling is engulfing the city and county at both junior and senior level. The formation of Treaty United under the cloud of legal battles was a positive in early 2020. There would be no men’s senior or underage teams, but a senior women’s side would compete in the Women’s National League and an U-17’s team competing at underage level.

The committee worked tirelessly to promote the club on social media and further afield and following the off-field turmoil of the previous 2 years, the partnership with both the LDMC and the LEDP was welcome.On the field of play, little was expected of the team due to the age profile, but an FAI Senior Cup Semi-Final appearance proved to be a particular highlight in an important first year.

Changing our concentration to the junior scene and a special mention must be given to the triumphant Aisling Annacotty side who won their first ever Munster Junior Cup following a narrow victory over fellow Limerick side Fairview Rangers.

Although the result came at a cost for one Limerick club, few could begrudge Aisling winning their first provincial title and the joy on many faces in the aftermath was testament to the magnitude of the achievement.

While Fairview suffered heartbreak in Jackman Park that day, they did not have to wait long to create more history, winning their ninth FAI Junior Cup title and the Fairgreen outfit now extend their status as the most successful club in the history of the competition. A Clyde O’Connell header gave the Limerick side a 1-0 win over a fancied Usher Celtic and the only downside was the lack of supporters at the game due to Covid-19 restrictions.

In recent years, much has been made of the apparent decline of junior soccer in Limerick. There is no doubting that there is merit to the argument but 2020 was a year when the amateur scene in Limerick conquered all and at this moment in time, the FAI and Munster Junior Cups sit in the Treaty City along with the Oscar Traynor Junior and Youth trophies.

In contrast with the booming hurling scene and a recent upsurge in the form of Munster Rugby, soccer clubs and supporters were in dire need of a lift. Although it was difficult to call, any team who are victorious at national level deserve immense credit and the achievement of Fairview Rangers was a special moment in 2020 and will go down as the biggest moment for the sport in the city in what has been a very tough year all round.