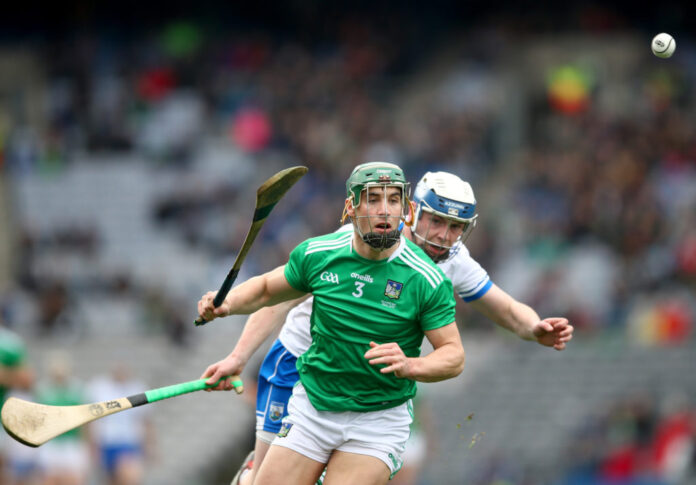 THE 2020 Hurling season belonged to Limerick as they claimed a second All-Ireland title in three years at the expense of Waterford.

The Shannonsiders were imperious throughout the season, winning each of their five games, rarely looking trouble.

While Limerick were deserving winners, there were some notable performances from Waterford who fell short in the final and a memorable Leinster final snatch-and-grab from Kilkenny.

In what was an eventful six weeks of championship action, we pick an All Star team from 2020 below.

Ten years after making his debut, Nickie Quaid will finally be recognised as an All-Star. An unreal season from one of the stalwarts of Limerick hurling. Well overdue.

The best in the game at his position. A third successive All Star is incoming.

Filled in at full-back with ease in the absence of Mike Casey. Was flawless from start to finish and where to play him in 2020 will be a welcome headache for John Kiely.

Not your stereotypical corner back but with most teams employing just two inside backs, Burke fills in after another terrific season for Galway. Missed the Wexford game but was excellent against Kilkenny, Tipp and Limerick. Would be a fifth All-Star for the Turloughmore man.

Hasn’t put a foot wrong all year and is a constant scoring threat from wing back. Will get a first All–Star.

A cruel injury in the final was a heartbreaking end to what was a fantastic season for De Burca. Magnificent at 6 for Waterford and a joy to see in full flight.

Many questioned his move from centre-forward to wing-back but the Kildimo Pallaskenry man was sensational in his new role. Unmarkable going forward and a rock in defence. YHOTY again.

Originally I had Jamie Barron nailed on for an All Star with O’Donoghue just missing out. However, Barron was at his quietest in both tests against Limerick, when directly up against the Na Piarsaigh man and for that reason alone, O’Donoghue gets the nod. He was colossal against Tipperary in the storm and the most powerful middle man in the game.

Extremely tough on Barron again but Cian Lynch just has to make the team. Makes Limerick tick, from wherever he is deployed. A genius at work.

20 points from play in five games, All-Ireland final man of the match. Hurler of the Year.

Its hard to imagine where Kilkenny would be without him. An exceptional talent and one of the greatest to ever do it.

Had his own duel with Hegarty for man of the match in the All-Ireland final after winning the award in the semi-final. Probably only edged by his wing-forward teammate for HOTY.

A standout season for the Waterford man who took over the free taking mantle in the absence of Pauric Mahony. Was outstanding in the semi-final over Kilkenny.

Even when he isn’t at 100% fitness, as he was in the final, there is not much you can do to curb the Patrickswell man. The focal point of the Limerick attack and almost impossible to stop.

If Clare had gone further than the quarter’s Kelly would be a shoo-in for HOTY after notching 1-45 in his first three games. Injury hampered him in that loss to Waterford but an unforgettable season all the same.

Unlucky to miss out

His move from corner forward to corner back was seamless. Got better with every game and kept All Star Richie English out of the side.

Were it not for the otherworldly exploits of De Burca, Hannon would be collecting a second All Star.

An All Star in any other year but Byrnes and Hayes had to be included. YHOTY frontrunner alongside Hayes.

The Waterford captain was the rock at the base of an inexperienced full-back line.

Is probably unfairly compared to his 2016 HOTY season but Gleeson has quietly gone about his business, grabbing a couple of crucial scores in each game, notably against Kilkenny down the stretch.

Has taken to the intercounty game with ease and is getting better with each game under Cahill.

Has really stepped up to the mantle with Joe Canning’s time in the side running out. Unstoppable on his day as he was against Wexford.

Was real standout for Galway this year, cementing his place in the starting side.