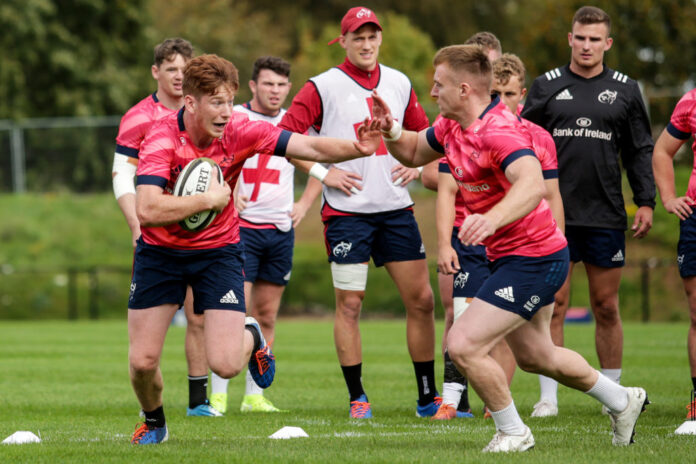 MUNSTER have announced that eight players have signed new contracts at the province, including five from the Greencore Academy.

The senior team trio of Neil Cronin, Mike Haley and Gavin Coombes have all signed two-year deals that will keep them at the province until the Summer of 2023.

Greencore Academy players Jake Flannery, James French, Seán French and Ben Healy have all agreed one year deals that will see them progress to the senior squad for the 2021/2022 season. Backrower John Hodnett has put pen to paper on a two-year deal.

Munster head coach Johann Van Graan was delighted to announce the extensions: “Off the back of the great news about Peter’s IRFU contract this morning, it’s a further boost for the province that we can add these latest names to the squad roster for next season.

“Securing the services of quality players such as Mike, Gavin and Niel allows us to focus on our future planning and objectives for this group. They are an exciting dynamic trio who add huge value to the squad.

“In terms of young lads it’s always great seeing the next generation of player stepping up and reaching their potential and it’s credit to the work that’s carried out in clubs and schools that helped them to get to this point.”