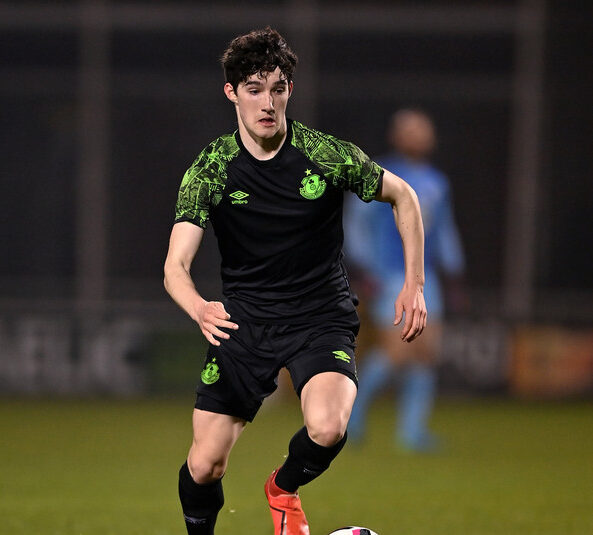 LIMERICK teenager John Ryan appeared alongside some of the best League of Ireland players in the country last night as Shamrock Rovers defeated Cabinteely 4-0 in Tallaght.

Former Aisling Annacotty star and Castletroy College schoolboy Ryan joined Dublin’s St Kevin’s Boys in 2017. He later signed for Shamrock Rovers in 2019 and was nominated for Under-15 Men’s International Player of the Year award in the same year.

The 17 year-old left back played eleven times for Shamrock Rovers II in last season’s First Division and yesterday lined out for the Shamrock Rovers first team as they continued to prepare for the new Premier Division season. The Limerick man played the entire second half to help his team to a 4-0 victory and will now be hoping to kick on for the Dublin club.

Shamrock Rovers won the League of Ireland Premier Division last season and were only knocked out of the Europa League qualifying rounds by the mighty AC Milan. Among their ranks are league legends Alan Mannus, Sean Gannon and Ronan Finn as well as underrage internationals Dan Mandroiu, Neil Farrugia and Liam Scales.

With a wealth of experience around the squad and a top-quality coaching team overseeing the operation, there is no better place for the Castletroy youngster to continue his football education.

The League of Ireland Premier Division kicks off on the 19th of March as Shamrock Rovers take on St Patrick’s Athletic (19:45 KO, Live On RTE 2).