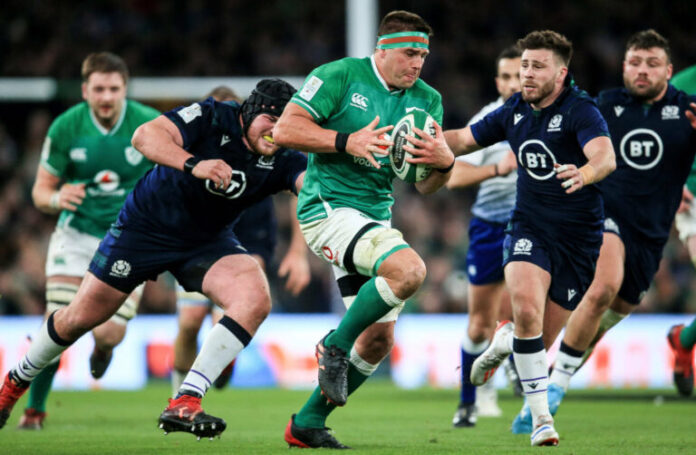 ON Saturday evening CJ Stander made his final appearance for Ireland as he helped the side to a 32-18 win over England in the concluding round of the 2021 Six Nations.

After announcing his decision to retire at the seasons end, the Munster man knew that the clash with English would be his final in the green of Ireland, five years and 50 caps after his debut.

Fittingly, Stander went out with a bang as Ireland blew the English out of the water in the Aviva stadium.

In the wake of the game, an emotional Stander reflected on his farewell game for Ireland and thanked the public for their support during the week.

“CJ don’t let yourself cry mate. I just want to say thank you for all the messages during the week. It’s been unreal. That’s a team, that was a team performance. It was a difficult week but we knew we had to come out n d give a performance. If everyone could get a send off like that, it was special. I’m not an emotional guy but Monday night was very special.”

“I dreamt of playing in this jersey for a long time. I worked hard and everyone made it easy for me. The last few years have been special and thanks to everyone for the send off. From the bottom of my heart, thank you, me and my family really appreciate it.

“I’m looking forward to supporting this team from the stands with a pint of Guinness in my hands!”