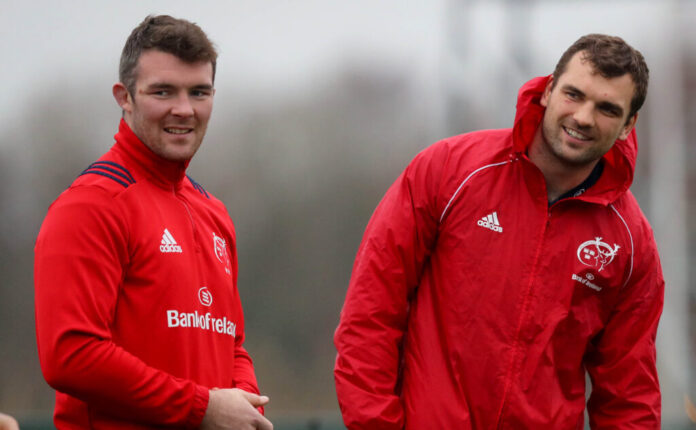 THE Munster squad are on a down week following Saturday’s Champions Cup clash against Toulouse at Thomond Park.

On the injury front, Tadhg Beirne was removed with a rib injury in the first half on Saturday. He will be managed by the medical department and is expected to return to full training in the next few weeks.

Peter O’Mahony (leg) is progressing well and will return to training next week.

Fineen Wycherley (neck) made a return to action on Saturday without any aggravation of his injury.

Dan Goggin (hand) also made a successful return to action in a training game.

The post Squad Update: Tadhg Beirne and Pter O’Mahony expected back before the Rainbow Cup appeared first on Sporting Limerick.