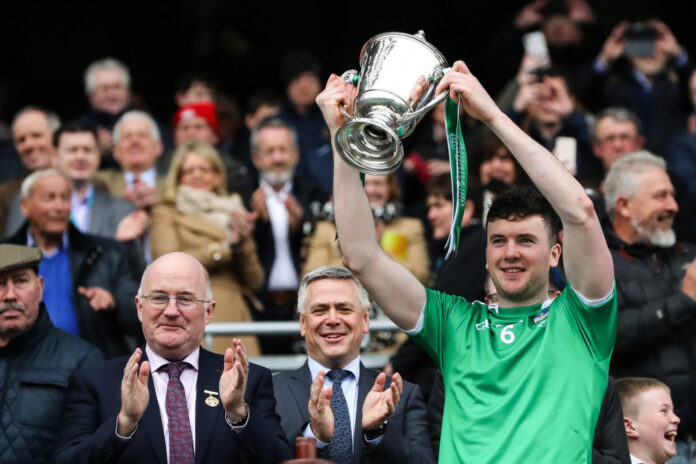 JOHN Kiely’s Limerick hurlers return to action on May 8 as they welcome Tipperary to the LIT Gaelic Grounds in the first round of the 2021 National League.

Limerick are gunning for three in a row in the competition for the first time since 1938 when they completed a five on the trot.

After eight seasons in the second division, Limerick have made up for lost time since their return to the top tier in 2019, annexing both titles in the meantime.

Yet, even with the possibility of three in a row, the most important aspect of the League for Kiely and co will be preparation for the championship which begins just a fortnight after the conclusion of the league.

Limerick come into the 2021 season with every trophy at their disposal after a historic 2020 campaign.

They successfully defended both their League and provincial titles whilst also adding a second All-Ireland in three years.

And there is no doubting that a June date in Croke Park will once again be the ultimate goal for the Shannonsiders.

However, the League will provide the perfect opportunity for the management team to experiment and try new things with every team in the country preparing meticulously for the challenge that Limerick present.

The chance is there for the fringe players to grab the brass ring and make one of the starting spots their own.

From his first competitive game in charge against Wexford in the first round of the 2017 league, just eight of the starting XV retained their berths for the All-Ireland final 18 months later.

Yet, just two players from the 2018 All-Ireland final winning team were absent from the starting side that claimed Liam MacCarthy honours last December.

That duo of Richie English and Mike Casey both suffered knee injuries last year with the former recovering enough to make the matchday squad against Waterford.

Nonetheless, despite the familiarity in faces, John Kiely hasn’t been afraid to switch things up, as seen with Dan Morrissey’s switch to full back and Kyle Hayes’ move to wing back, with both earning All-Stars last year.

In 2019 after the All-Ireland success, William O’Donoghue and Peter Casey were able to break into the regular XV.

May 8 will provide the first opportunity for the fringe players to stake their claim as to be the 2021 ‘bolter’.

Richie English should be back to full fitness following his ACL injury while Peter Casey will be hurting after losing his starting jersey midway through last season.

Outside of that, David Dempsey looked primed for a telling role in the championship until his untimely injury on club duty.

Conversely, Barry Nash, who nailed down the corner back position in 2020 knows he has a battle on his hand to retain the number 4 shirt.

Kyle Hayes is a guaranteed starter but the Kildimo Pallaskenry man could be named anywhere from 5-15, with Cian Lynch in a similar position.

Of course there are a number of irreplaceable names on the teamsheet but with the level of competition in the squad and a consistent need for freshness, there is sure to be a few surprises up Paul Kinnerk’s sleeve come Tipperary.

With the championship the end goal, there is the possibility that the tried and trusted will remain in place for the League allowing them time to peak for the summer months.

Ultimately, it is up to John Kiely but whatever the Galbally man decides, there will be little backlash such has been his success with the side.

The post Jack Neville: Plenty of positional headaches for John Kiely to ponder ahead of League resumption appeared first on Sporting Limerick.