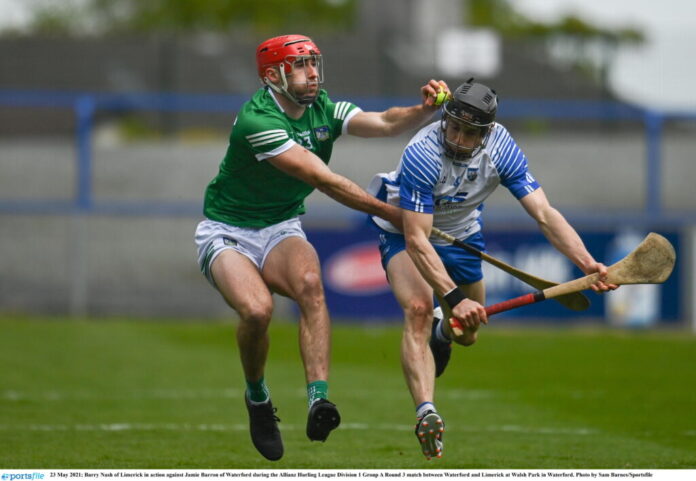 IT was a quiet week on the hurling front with Kilkenny and Wexford the only Division 1 sides in action with the other ten on an off weekend prior to the final two rounds.

Nonetheless, there has been a huge shift in momentum from a number of sides with Kilkenny the only team to win each of their three League games.

Below we look at each of the 12 teams in the top tier and analyse who are the early frontrunners and those who need results quick.

After an incredibly positive performance against Waterford where they pushed the Deise all the way, Westmeath fell to a second big defeat of the League as Cork put them to the sword. In the end, the score was 7-27 to 0-15 with the Rebels having 33-points to spare. After losing by 30 to Galway in the first round, Westmeath have now conceded 13-83 in three games.

Approaching the half, Cork led by 2-10 to 0-9 with Westmeath still in with a shout. By the final waterbreak, the margin was at 7-19 to 0-9 as the Leinster men completely fell apart.

Things don’t get any easier for them as they face Tipperary next.

Another heavy defeat for Laois who look to have regressed somewhat since their Joe McDonagh Cup triumph in 2019. To their credit, they stayed with Clare for much of the first half, despite conceding the first goal with the deficit at the half only four points, which could have been less had PJ Scully’s simple free sailed over.

However, the Leinster side were overwhelmed in the second half, succumbing to a 2-27 to 1-17 loss at home. That is three defeats on the trot for Plunkett’s side, who are yet to really challenge any of their opposition.

They would be bottom only for Westmeath’s horrendous scoring difference.

Limerick’s wait for a win continues, although Kiely and co will be slow to press the panic buttons. The All-Ireland champions have been off the pace thus far but have yet to field their recognised best team. Nonetheless, the need for a win is become ever increasing with the championship just around the corner.

Once more, indiscipline proved costly for Limerick who spent much of the weekend’s clash reduced to 14 men. Things get no easier with Cork up next but the sight of the red jersey is sure to fire up a Limerick side who are not lacking in motivation.

Still it is a shock to see the all-conquering side at 10th in the list after three weekends.

Finally the Banner got their first win of the season to dampen some of criticism thrown at Brian Lohan’s side this summer. Shane O’Donnell’s goal settled some early nerves as Clare failed to make use of the favourable conditions.

They were much improved in the second half outscoring Laois 1-15 to 1-6 to come away from O’Moore Park with a 13 point win. After a miserable opening fortnight to the League, the Banner will be hopeful that this will be a catalyst to kickstart their season with an ever improving Dublin up next.

A disappointing loss for the Saffrons against Dublin where they failed to fire in a game they would have expected to put it up to the Leinster team. They started with a bang but went 20 minutes without scoring during the first half.

Still, they were able to keep with Dublin for the majority of the contest which will bode well for Darren Gleeson’s side who face the Dubs in Leinster later this summer. However, after three solid performances, they only have that opening day win over Clare to show for their efforts.

A second consecutive win for the boys in blue must have Mattie Kenny feeling optimistic, despite the level of competition faced. The manner of their 1-26 to 1-18 win over Antrim is made all the more impressive by the fact that 1-21 of that came from play with Dublin having 13 players hitting scores.

The win moves Dublin level on points with Wexford and Kilkenny at the top of Division 1B with those sides having played a game less but yet to face each other. After a below par start, the capital side are starting to find their feet.

One of the big fallers since Round 2, Wexford were well off the pace against Kilkenny at the weekend, falling to a 2-27 to 0-23 defeat in Nowlan Park. After back to back wins against Laois and Clare, Wexford were second best against the Cats after a week off.

Their indiscipline proved very costly as they conceded 15 scores from frees. They trailed by fourteen points at the break with their second half performance marginally better. It is certainly a blow to Davy Fitz’ men who must now travel to Corrigan Park to take on Antrim.

Liam Cahill’s men found a first win over Limerick in five years last weekend as they avenged the 2020 All-Ireland final win with an impressive display against the Shannonsiders in Walsh Park. Their physicality was impressive throughout as they put it up to last year’s kingpins in the 1-22 to 0-21 victory.

However, despite holding a numerical advantage for the majority of the afternoon, the Deise struggled to put away Limerick until Jack Fagan’s goal in the final ten minutes.

Nonetheless, it was a big win for the Waterford contingent who will garner huge confidence from defeating Limerick. Another big test awaits in the form of Galway in Round 4.

Last week’s number one fall sharply after a disappointing loss to Tipperary last weekend. After beating the defending All-Ireland champions with relative ease in Round 2, Galway failed to fire in Semple Stadium after falling behind to an early Jason Forde goal.

The Tipp clash was a chance for Shane O’Neill’s men to further their case as the number one side in the country at the moment but they couldn’t take it. The week break came at the right time for the Tribesmen who looked somewhat leggy against Tipp.

They will look for home comforts when they host Waterford in Salthill this weekend.

Liam Sheedy’s men have been far from their best in the opening three rounds but despite facing Limerick, Cork and Galway thus far, the Premier men remain undefeated.

Their best performance thus far came against Galway as they had five points to spare against the early pace setters. Jason  Forde’s early goal set the tone for the win as they controlled proceedings from there on in.

Although he was the All-Star full back in 2019, Ronan Maher’s move to wing back has reinvigorated the side.

Next up is Westmeath.

Still undefeated after three games, Cork were at their imperious best over the weekend against a helpless Westmeath side. The Rebels brought their goal tally to fourteen!? after just three games, hitting seven against the Lake County.

The likes of Daire Connery, Alan Connolly and Shane Barrett have hit the ground running with Seamus Harnedy and  Robbie O’Flynn scarcely missed. Pat Horgan looks as good as ever while Alan Cadogan appears close to his best after a torrid run of injuries.

Kingston’s men are one of the form teams in the country and with two weeks to prepare for Limerick, they are well positioned to continue in this vein.

And just like that, Brian Cody’s men have moved to the top of the power rankings with minimal fuss. Kilkenny have gone about their business quietly in the League but have picked up three consecutive wins and are the only side with a 100% record in the competition.

They had ten points to spare against Wexford, who have proved a bogey side in recent years, with TJ Reid knocking over 1-18. The Ballyhale man did get 0-15 of that from placed balls as they took full advantage of Wexford’s indiscipline.

Nonetheless, the Cats are on top and looked primed for a first League success since