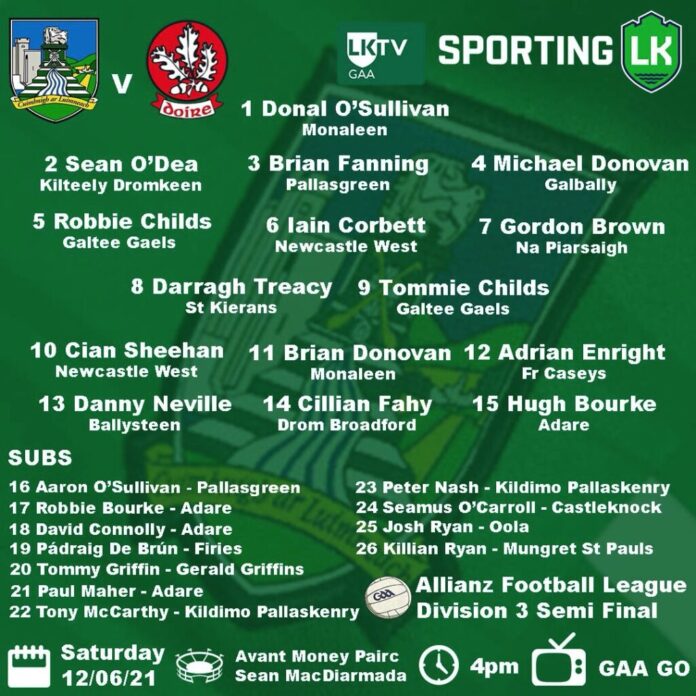 On Saturday, Billy lee’s footballers take on Derry in Carrick on Shannon with a place in Division 2 up for grabs at 4pm.

Earlier that day, the junior camogie side take on Wexford seeking a place in the Division 3 final.

Sunday sees the Ladies Footballers against Leitrim in the Division 4 league semi-final.

Also on Sunday is the 2020 Junior A Hurling final between Croagh Kilfinny and Patrickswell in the LIT Gaelic Grounds.

To round off the pod, the duo pay tribute to Limerick and Murroe Boher legend Seanie Tobin who announced his retirement earlier this week.