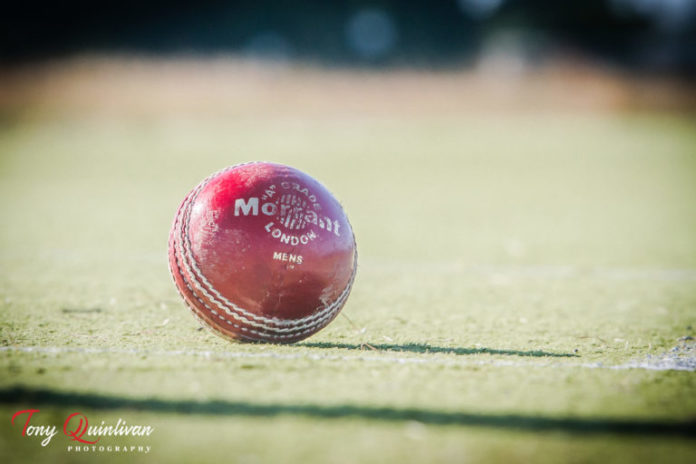 IN only their second game of the campaign Limerick found themselves in the precarious position of knowing one more loss would take them out of the running of winning the MCU T20 Premier League.

After going down to a narrow defeat in Galway last week, skipper Arslan Anwar knew a win was the only option as they won the toss and elected to bat at the Oyster Oval.

It was Limerick who got the better in the opening exchanges, Azeem Khan providing some impetuous for the away side with a quick fire 33 off 24 balls to give Limerick the start they needed.

Kerry were able to pull their way back into the game with fuller deliveries which resulted in some crucial wickets in the middle overs. It was a very important flourish from Prabhanshu Kamal which steadied the ship for Limerick then with debutant Digamber Mishra joining him at the crease to up the run rate above 6 runs per over to cancel out any chances of a collapse.

Victor Van Der Schyff, who was also making his senior debut, joined Mishra in the final few overs to make 20 off 15 balls and to set Kerry a target of 139 to chase.

Considering the Limerick total was a close as par is at the Oyster Oval, the Shannonsiders knew the importance of a tight start in order to stem any sort of early momentum. Limerick were able to achieve just that with Shani Alam and that man Mishra again causing havoc with the ball.

With economy rates of under 5 runs an over, the two provided the ingredients for a serious ‘squeeze’ on the Kerry innings with pressure building and run rate amounting. Some big overs from Kerry kept them in the game, the familiar faces of Josh Uddin and Khuram Iqbal punishing the bad balls which gave them a fighting chance.

With 29 needed off just two overs, the game looked dead and buried. But Kerry dug deep to make 20 off the 19th over to leave them needing 9 off 6 in the final over, setting up a sensational finish.

It would be captain Arslan Anwar to bowl the final over and he did so in a very competent manner. Two wickets off the first two balls ensued before a run out on the penultimate ball of the innings left Kerry needing a 6 to tie to the match.

Anwar’s full delivery just outside the off stump left Uddin with no choice but the scramble a single, leaving Limerick with the win to get their campaign up and running at last.

Limerick face Midleton away next Sunday before facing the remaining two Cork teams in Adare in the final two matches of the competition.

Elsewhere, it was a day to remember for Sri Teja in Adare on Saturday who marked just his second game with the club with a century off just 57 deliveries. Teja hit 8 4s and 8 6s in a remarkable innings for the Limerick 5thXI. It meant Limerick 5 retained their 100% record in the league thus far with a big game against favourites Lismore to come this Saturday.

Limerick 3 also continued their 100% record with a 7 wicket win against Cork Harlequins in Farmer’s Cross yesterday. Youngster Mosawar Sidiqi lead the way for Limerick with a half century (69*) to ensure his team’s victory; he was joined at the crease by Ramoji Alla at 41-3 and the pair completed a thumping 97-run partnership to wrap the game up in just the 17th over to keep their side top of the table heading into round 3.