Home News Housing Almost 40,000 adults experienced homelessness in Ireland since 2014 while most of... 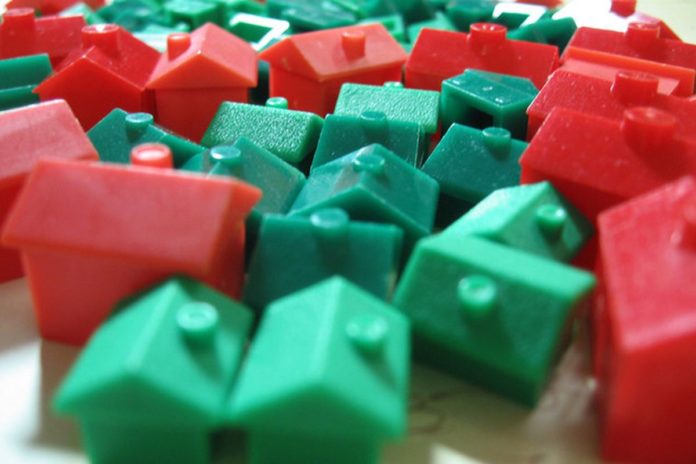 OVER 38,000 adults experienced homelessness since 2014 according to new research published by Focus Ireland and the School of Social Work and Social Policy in Trinity College earlier this week.

The new publication, the ‘Summary Edition of Focus on Homelessness 2014-2021’, brings together for the first time all the available official data on homelessness in an authoritative and accessible format.

he Summary Edition of ‘Focus on Homelessness’ was launched at a webinar (on Wednesday 23rd of June) featuring Professor Eoin O’Sullivan of Trinity College, who is lead editor Focus on Homelessness, and Professor Suzanne Fitzpatrick of Herriot Watt University who is editor of the ‘Homeless Monitor’ which publishes homeless data for the regions of the UK.

Focus Ireland Director of Advocacy Mike Allen said: “There has been some welcome news on homelessness over the last year, as measures to protect people from the pandemic reduced evictions leading to a fall in the number of families becoming homeless. However, when all the official data is brought together in an accessible graphic format a more complex and deeply alarming picture of the homeless crisis emerges. ‘We hope that this publication will inform the debate about homelessness and housing, and be taken into account for the drafting of the Government’s new housing and homelessness strategy, ‘Homes for All’, due to be published next month.”

The report shows that the huge increases in homelessness which started in 2014 began to slow down from 2018. However, the number of homeless households remains at 5,500, almost 2-and-a-half times the level that was considered unacceptable in 2014 (2,300). While the figure for the number of men, women and children who are homeless gets most public attention each month, the authors argue that the most important measurement for policy makers should be the number of households that are homeless – because this gives an indication of the number of homes we need to solve the problem.

Speaking at the launch, Professor Eoin O’Sullivan noted that ‘One of the most striking figures to emerge from the research is that, while the number of adults homeless on any one night averaged around 5,000, a total of 38,000 adults had experienced some period of homelessness since 2014.

Nearly 22,500 adults left emergency accommodation for tenancies during this period, mostly in social housing or subsidised private rental. The large numbers moving through homelessness should direct us away from understanding homelessness as exclusively related to only to issues such as addiction and mental health, but as a much deeper problem embedded in our housing system as well as our social system.

Mike Allen commented: ‘This huge number of people moving into tenancies over this period signals the success of homeless organisations and local authorities in supporting unprecedented number of people out of homelessness despite the severe housing crisis. But it also highlights that this work alone will never end the crisis in the absence of broader policies to prevent people becoming homeless in the first place. Recent discussion of the housing crisis has tended to look at individual groups of people – first-time buyers, people on the social housing list, people on excessive rents, people who are homeless – as if they are distinct groups whose problems can be solved on their own and are in some way in competition with each other. This data published today really supports the broader insight that we will only be able to solve the housing crisis for one group of people when we build a housing system that works for us all.’

The report also highlights that since 2014, €1bn has been spent by the Department of Housing and Local Authorities on tackling homelessness, with annual expenditure increasing by almost 300%. Almost three-quarters of this expenditure going on emergency accommodation – with the proportion going on other forms of support declining as the crisis deepened.

Mr. Allen concluded: “There will undoubtably be a lot of interest in the overall expenditure figure, but we need to go much deeper than that and look at what we are spending money on. We can see the expenditure on emergency shelter as a “passive” expenditure which is needed to keep people safe but does nothing to change their circumstances. On the other hand, expenditure on things like prevention, tenancy sustainment and Housing First are ‘active’ expenditures which change people’s circumstances for the better. It would be a very useful innovation if the Department starting publishing data on expenditure broken down into passive and active measures – and started to shift spending to active measures to make a real difference. “