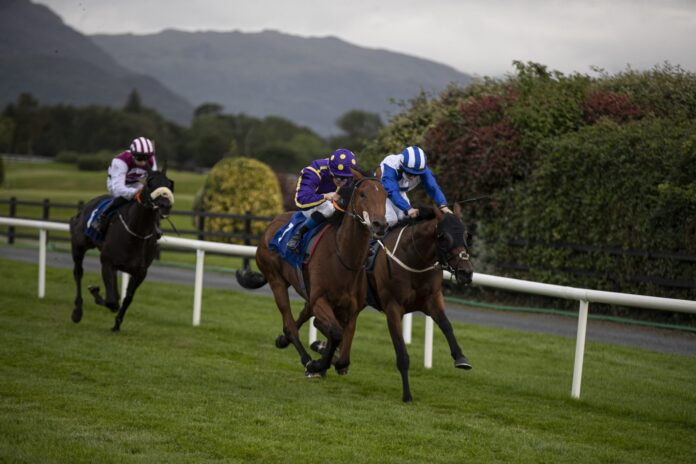 DERBY-winning jockey Emmet McNamara provided his boss Aidan O’Brien with the second leg of a double at Killarney on Thursday night, partnering Horoscope to score in the Listed MD O’Shea Vincent O’Brien Ruby Stakes, the 10/1 shot recording his second triumph at the picturesque venue.

Ballingarry trainer Richard O’Brien registered a welcome winner with fellow Limerick man Chris Hayes in the saddle, as Morph Speed bagged the Laurels Pub Kingdom Gold Cup, Hayes pushing the former dentist’s charge to dispute the lead between the one and the two poles, taking it up 150 yards out and galloping to the line to score by a length.

Philip Byrnes survived losing an iron briefly to galvanise a strong effort from Run For Oscar, trained by his brother Cathal, and win the BoyleSports Live Casino Handicap Hurdle by a length at Killarney on Saturday.

Over at The Curragh, former jump jockey Mark Enright donned the colours made famous by Sole Power and Slade Power on the Eddie Lynam-trained Heavenly Power, who took the spoils in the Supporting Relay For Life Maiden.