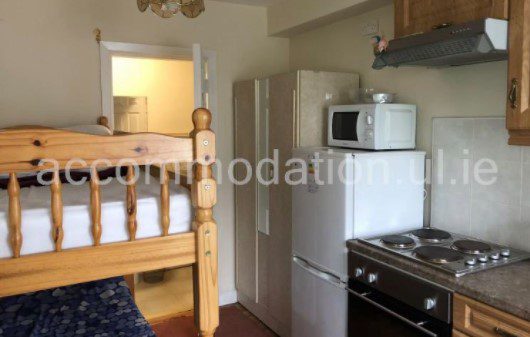 A number of students in Limerick have been forced to hold up in hotels because of a lack of student accommodation in the city and its suburbs.

An international student who flew to Limerick to take up a course at University of Limerick (UL) on September 6, and who is residing in a city centre hotel until they can get more suitable accommodation, spoke out “to highlight the shocking state of homelessness” among the Limerick student population.

They said they are paying the hotel €370 per week but that this was not sustainable, and they feared not having stable accommodation would negatively impact on their studies and their future career.

The first year student said they were self-funding the hotel fee “due to the chronic shortages of student accommodation in the city and on campus”.

They complained they could not open an Irish bank account or apply for a Student travel/discount card as they “do not have a stable address”.

The student, who wished to remain anonymous, said they had “appealed to the President of the University to assist in securing permanent accommodation, but this has not produced any successful outcome to house us permanently”.

They claimed UL had “failed to pay or subsidise” their hotel stay “or provide food vouchers to alleviate the financial pressures” they said they were faced with.

They said when they sought advice from UL the university told them they “had to continue to be on a waitlist for on-campus accommodation with no timeline of an outcome, and to continue to search local renting websites”.

The student said they and others “have been doing for weeks, which has only resulted in one viewing and numerous unanswered emails or being told that houses and apartments have already been let”.

“I have just had to pay another week’s stay in the city centre hotel in order to ensure that I can continue with the course and not drop out of a course that I have strived to be accepted on and fulfil a lifelong dream”.

A responding statement from UL to this reporter read: “University of Limerick is aware that there are students who have been unable to secure accommodation in the locality, with demand at its highest in recent memory. This has been exacerbated by a pattern of private landlords leaving the student rental market.”

“UL is working together with government, our partners in Limerick and the wider sector nationally to play a role in tackling this growing crisis, which has been further deepened by a housing shortage and other issues created by the pandemic.”

“UL’s on campus residences remain the most affordable in terms of rental fees charged for on campus housing compared to all other Irish university on campus accommodation facilities”.

“Plassey Campus Centre (PCC) manages the student residences on the University of Limerick campus, with a total of 2,850 beds on offer. All available campus accommodation is fully booked at present and there was very significant demand this year.”

UL added that, a “a significant percentage of the available beds on campus are reserved for incoming first years”, however, a notice on its website stated that “Lottery Applications” for accommodation for “incoming CAO First Year” students for the 2021/2022 academic year, closed on March 31 this year, and that unsuccessful applicants had been placed on a waiting list.

The notice informed students that cancellations will be offered to those on the waiting list “on a lottery basis” but advised that “we do not guarantee you will be offered a room”.

It added, “those who did not apply for the First Year Lottery will be able to register and apply for a secondary waitlist on the afternoon of September 7th 2021” but that this would not guarantee a room either.

The UL spokesman added: “PCC also provides an off campus section on its website where local home owners and landlords unconnected to UL can advertise vacant rooms. PCC ran a print and radio campaign ahead of the return to campus in an effort to encourage local property owners to consider offering their accommodation and advertise through this platform.”

“This campaign to help students who have yet to find accommodation is ongoing.

There are however properties or rooms available to rent on the PCC managed off-campus accommodation list.”

Meanwhile, Mary Immaculate College told RTE that it had struck a deal with three Limerick city hotels to accommodate some of its students for a weekly fee of up to €390.

The teacher training college said it was the first time it has had to do this for students returning after the summer break, and that it had reached a similar deal with a hotel in Thurles, Co Tipperary where it has a smaller campus.