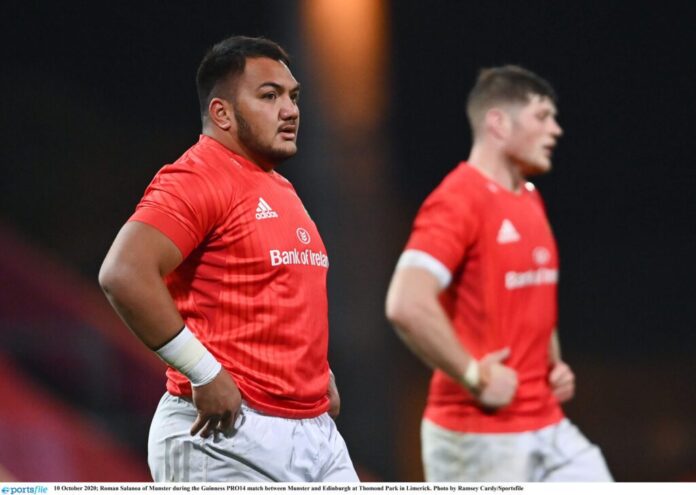 THE Munster squad began their training week at the High Performance Centre in UL yesterday ahead of their URC opener against the Sharks on Saturday.

The squad will begin their ninth consecutive week of pre-season training since preparations began in late July.

Prop Liam O’Connor will not be available for the providences maiden URC clash due to a neck/arm injury which is yet to be assessed by a specialist. Fellow front-row Roman Salanoa is also unavailable this week due to a knee issue which is being reviewed by the Munster medical department.

More good news for John Hodnett and RG Snyman, who are both continuing their modified training programmes and are increasing their involvement in team training this week. Hopefully it won’t be much longer before we see the World Cup winning second-row tog out in red once again.

In other news from the club, A Munster Development XV secured a nail biting 25-24 victory over their Ulster counterparts at the IRFU HPC on Saturday.

In Greencore Munster Rugby Academy news, winger Conor Phillips turned heads in his Sevens World Series debut in Canada at the weekend scoring four tries for the Ireland Sevens, the most out of anyone in the squad.