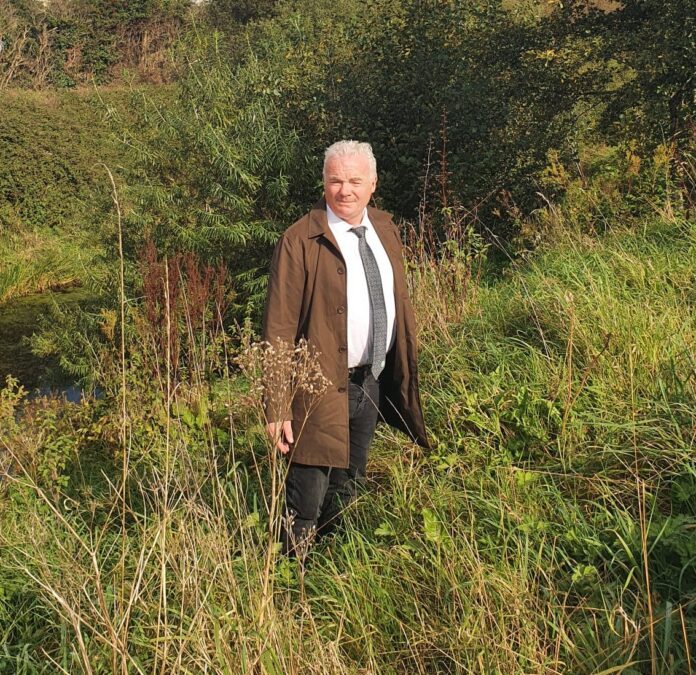 THE neglect of the Limerick City Canal is causing major concern, according to local Sinn Féin councillor John Costelloe.

The City North representative, who once helped maintain the canal with Limerick Civic Trust, has expressed his frustration with the amount of agencies who claim to maintain the waterway.

The evidence, he claims, clearly show that it has deteriorated significantly over the last couple of years.

“When the Limerick Civic Trust were working on the canal bank they had it in pristine condition. It was a pleasure to stroll along and admire the surroundings. Now, unfortunately, many parts of the banks are totally overgrown, and the canal and the walkways are being choked,” Cllr Costelloe said.

“Much funding has gone to into the banks in terms of walkways, lighting and cameras, which are all very welcome. However, these measures are pointless if the walkways become impassable with the overgrown greenery.”

He continued: “I really feel the Council have taken their eye off the ball here. I live only minutes away from the canal and it is a much loved and popular area for walkers, and many attending UL use it daily as their cycling route to our city. The problem is there are too many agencies bouncing off each other and I get the impression the left hand doesn’t know what the right hand is doing.

“We have Waterways Ireland, ESB, Limerick Council and various conservation groups who think they have the remit on the canal.”

Cllr Costelloe revealed that he recently met with the CEO of Limerick City and County Council and encouraged the local authority to “start rectifying this issue immediately”.

He concluded: “We cannot be swallowed up by bureaucracy, and red tape. Someone needs to take responsibility now.”