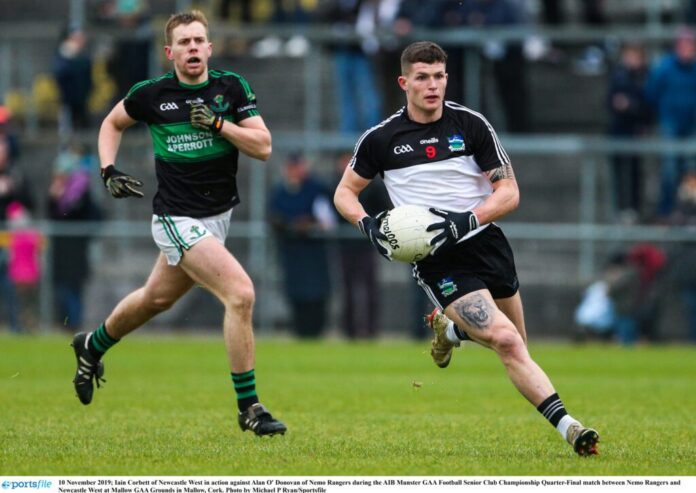 Newcastle West and Mountcollins will both have home advantage on Saturday December 4 while Kildimo Pallaskenry travel to Clare the following day.

Limerick Senior Football champions Newcastle West welcome the Nire at 1pm on Saturday December 4. Newcastle West were beaten at the quarter-final stage in their two most recent trips into the province, losing to eventual champions Clonmel Commercials in 2015 and Nemo Rangers in 2019.

The winners will advance to the the semi-finals where they will face one of Austin Stacks or Kerins O’Rahillys on December 18/19.

Mountcollins welcome Tipperary champions Ballina later that afternoon in the Junior Championship with a 1.30pm throw in in West Limerick.

The winners of that clash will meet Mount Sion in the semi-final on December 18/19.

On Sunday 5th of December, Kildimo Pallaskenry travel to Corofin in their Munster Intermediate Championship quarter-final.

That game has a 1pm throw in in Clare with Kanturk or Newmarket awaitin in the semi-finals a fortnight later.