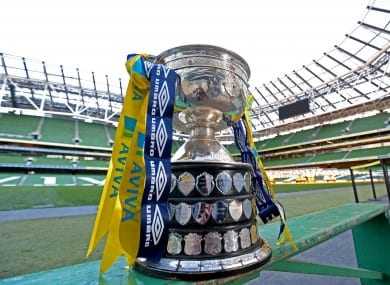 SATURDAY afternoon produced a goal fest involving Limerick sides in the FAI Junior Cup with three of the four Limerick District League sides advancing to the next stage.

Fai Junior Cup holders Fairview Rangers were made to work hard for their victory in Cork as they emerged victorious on a 4-2 scoreline after extra-time against Carrigaline. The Cork outfit took the lead midway through the second half before Conor Coughlan equalised for Jason Purcell’s men. Carrigaline once again went ahead as the game entered its final quarter but once again Fairview produced a superb response with Coughlan once again scoring to force the game into extra-time. In this period, the Fairgreen outfit took control and James Fitzgerald gave them the lead for the first time in the game before Coughlan scored to complete his hattrick as the Limerick side overcame a scare to continue the defence of their title.

Passage to the next round was far more straight forward for Pike Rovers on Leeside as they defeated Dunbar Celtic 0-6. Conor Layng scored an incredible fourth hattrick in four games and was accompanied by another hattrick hero in former Annacotty player Aaron Murphy to ensure Robbie Williams advanced to the last 32. Regional United enjoyed a huge victory as they thrashed Cavan outfit Kingscourt Harps 0-8. Goals from Jack Arra (x2), Willie Griffin (x2), John McDonagh and a hattrick from centre-back Evan O’Connor provided a facile win for Tom O’Connell’s men.

Prospect Priory were the only Limerick side to taste defeat as they ran Tolka Rovers extremely close at Frank Cooke Park. Wayne Colbert’s side took the lead with ten minutes remaining but they could not hold out as the home side scored in injury time through Joey McDonnell. Heartbreak ensued for the plucky Limerick side as Joey McDonnell grabbed his second of the game from the penalty spot in extra-time to secure the victory.

There are two Limerick sides in action today with Star Rovers hosting Ennis Town in Lee Estate while Ballynanty Rovers make the trip to Dublin to take on Oliver Bond Celtic. Both games kick-off at 2pm.