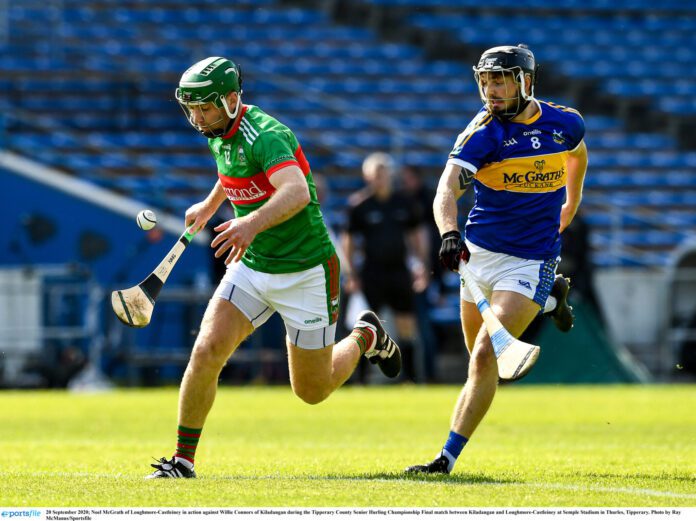 THE finalists in the Munster Club Senior Hurling Championship will be confirmed at the weekend with both semi-finals down for decision.

The race for the Munster Club Hurling Championship is down to four with both semi-finals set to take place this Sunday afternoon.

Ballygunner are the only side to feature so far in the provincial series as they made light work of the Banner champions a fortnight ago.

But was it enough for top spot in our Power Rankings as we compare the final four.

Put to the sword by Ballygunner in the Munster quarter-finals as they lost out 3-20 to 2-6 in Ennis. The Clare champions could only muster 17 shots across the hour with the Waterford kingpins dominant throughout, leading by eight at the half which was out to fifteen at the final waterbreak.

Playing without Tony Kelly was always going to make this an uphill battle for Ballyea but they were taken to school by the slick Deise outfit.

Still winning a county title without the 2013 Hurler of the Year would have always been the aim.

After a spirited fightback ensured a replay with Thurles Sarsfields in the Tipperary final, Loughmore Castleiney made no mistake the second time around to secure a senior double. Following on from the footballers success a week previously, John McGrath’s late free sealed a 2-14 to 2-13 win to avenge the double county final defeat from 2020.

Last week they were beaten in extra time by Eire Og in the Munster footbll championship which will surely have an impact on the Loughmore legs as they prepare for a 19th successive week of championship action.

But it would be foolish to rule out this incredible club who have showed huge fight throughout the past two years.

They face Ballygunner in the Fraher Field on Sunday.

The most recent side to book their spot in the Munster club championship, Midleton overturned Glen Rovers in the Cork Premier Senior Hurling Championship final a fortnight ago.

Led by Conor Lehane, Midleton led for the majority of the contest to earn an 8th ever title and a place in Munster for the first time since 2013.

Five of that side remain in situ for the Rebel side in Lehane, Seamus and Luke O’Farrrell, Cormac Walsh and Paul Haughney.

Midleton were actually defeated by Sarsfields in the group stages but responded in style during the knockout stages, first disposing of a fancied Erins Own side. They followed this up by dethroning 2020 champions Blackrock in a thrilling 4-22 to 3-19 encounter.

They completed a memorable year by beating Glen Rovers after falling in the group stages in 2020.

They take on Kilmallock in the semi-finals holding a much more favourable three week break compared to the Balbec who were last in action on October 24.

Initially ranked number one prior to the start of the championship, Ballygunner’s performance cannot go unnoticed and Kilmallock drop accordingly.

They will have their own chance to prove a point this Sunday against Midleton as they enter the Munster championship for the first time in seven years after capturing provincial honours in 2014.

After a slow start to the season due to injury, Graeme Mulcahy hit over 0-7 in the final with Micheal Houlihan and Oisin O’Reilly in the form of their lives.

The Kilmallock squad is a perfect blend of experience and youth with the backbone of the 2014 Munster winning side still to the fore with the like of Barry Hennessy, Mark O’Loughlin, Philip O’Loughlin, Gavin O’Mahony, Kevin O’Donnell and Mulcahy.

Outside of that Houlihan, O’Reilly, Dan Joy, Ciaran O’Connor and Liam English to name a few picked up a first county title and will be buoyed by the success.

They have a number of All-Ireland winners at their disposal and could be further boosted by the return of Paddy O’Loughlin.

The only caveat will be the seven week break from the county final to the Munster semi-final.

Much was spoken about the eight week lay-off that Ballygunner had after capturing the Waterford title in early October. However, the 2018 Munster champions made light work of Ballyea and laid down a real marker to the other three contenders.

Their play was slick and precise as they dominated the Clare champions from start to finish. And after the concession of two soft goals late on, Ballygunner responded like champions, finding the back of the net to quell any sort of Ballyea comeback, winning out by seventeen points.

And despite scoring 3-20 in November, star forward Dessie Hutchinson failed to find the target, as did fellow Waterford senor Peter Hogan with room for improvement in the Ballygunner ranks.

They will be seeking a fifth Munster final in six years when they face Loughmore Castleiney on Sunday.

The post Power Rankings | Ballygunner lay down statement of intent as Kilmallock, Midleton and Loughmore prepare for semi-finals appeared first on Sporting Limerick.