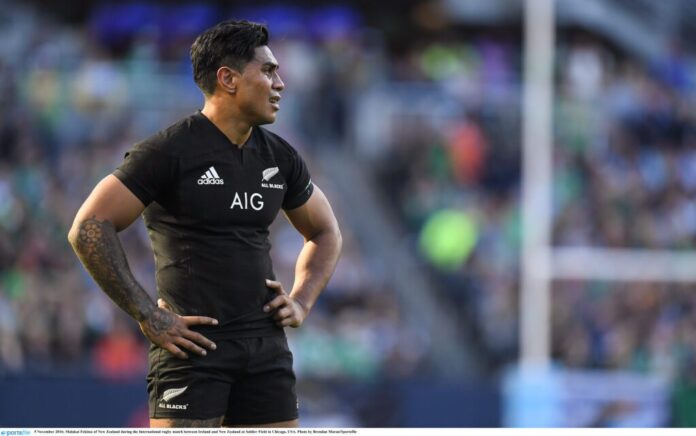 THE Centre recorded twenty-four caps for the All Blacks, helping the side to the World Cup in 2015.

There are reports circulating that former New Zealand star Malakai Fekitoa will join Munster at the seasons end.

Reported by Rugby Pass, the 29-year-old is set for Limerick with current star Damian De Allende expected to leave the province at the seasons end.

Fekitoa, who currently plays for Wasps in the English premiership has been a constant game changer for club and country, capable of producing magic at any given moment.

As De Allende gets closer to the exit door at Munster it’s a perfect time for the province to bolster their outfit when it comes to the centre position.

Fekitoa’s speed, power and skill would make for an excellent replacement and could partner well with either Rory Scannell or Chris Farrell.

Fekitoa recorded 100 points for the New Zealand club the Highlanders in an excellent stint for the club that spanned from 2014-2017,

His excellent club form was recognized by his call up to the All Blacks under Steve Hansen,
in his three-year stint with the international side where he bagged eight tries in 24 appearances. Many of
One of those tries came against Ireland in their 2015 encounter.

Wasps like Saracens before them have fallen under financial difficulty with Fekitoa one of a number set to leave. to help the strain on the club’s wage bill.

According to the report, Fekitoa is set to sign a two-year deal with Munster,

Fekitoa could be the first inclination of the future at Munster without Johann van Graan as head coach as he is set to depart for the English Premiership next season.