Home News Community  Benny remembered in tournament for the homeless
“A GREAT game of ball,” is how one organiser described the festive competition in memory of the late Benny (Brendan) McNamara from Ballyneety, which raised €1,200 for charity.
Benny tragically lost his life to suicide at the age of 25, but every year since, his friends, who formed the ‘Thumbs Up for Benny’  group, have organised charity events in his memory.
Majella McNamara, one of the organisers, told the Limerick Post: “A lot of money for good causes has been raised in his name.”
‘Thumbs up for Benny’ is a Mental Health Awareness Group.  On Stephen’s Day each year since Benny died – excluding last year due to Covid – Benny’s friends have organised and played a game of ball and raised monies for charities.
This year they decided to organise a tournament involving eight teams from around Limerick and monies raised went to Help the Homeless Limerick, a charity group run by a few local women who set up as soon as Covid kicked in.
The ladies took it upon themselves to feed and clothe as many homeless as they could and are supported by Limerick community donations alone.
The tournament was held at South Liberties GAA pitch in Ballyneety and attracted a good turnout with more than 60 players entering.
“The tournament was a huge success and everyone had a great day out and a great game of ball,” said Majella.
The winning team was Polonia Lumini and several teams have already been in touch for next year’s tournament. 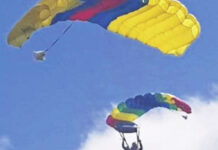 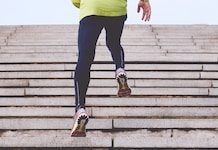 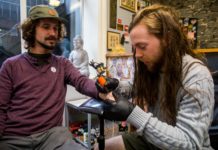 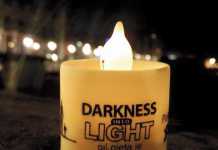 Walking through Darkness Into Light