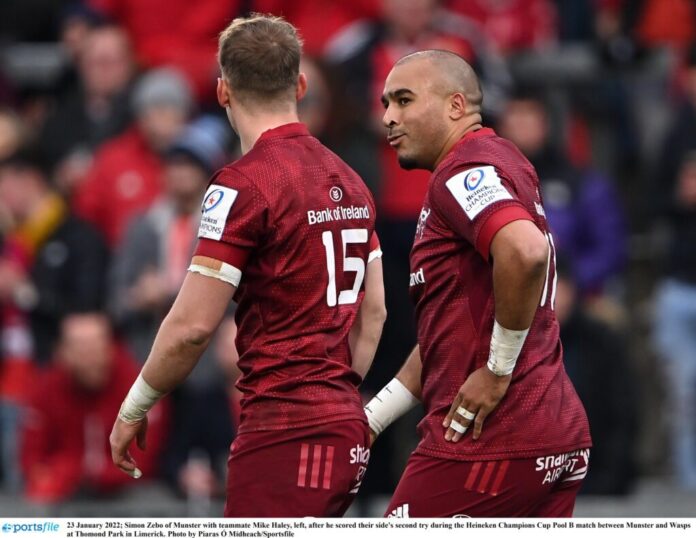 MUNSTER will travel to Exeter for the first leg before welcoming the English side to Thomond Park.

Munster will face Exeter Chiefs in Round of 16 in the Champions Cup after the draw was made in the wake of the group stages concluding yesterday.

The Red Army qualified by virtue of four successive wins, the latest a bonus point win over Wasps in Thomond Park.

Johann van Graan’s side picked up a pair of wins over Castres and Wasps, collecting two bonus points in the process.

However, the standard of competition will pick up significantly for Munster who take on the 2020 champions Exeter over two games in April.

The Chiefs won both home fixtures with Glasgow Warriors and Montepellier but were defeated twice on their travels.

Exeter will host the first clash on the weekend of April 8/9/10 before they travel to Thomond Park a week later.

Should Munster prove successful, they will face into a quarter-final on May 6/7/8. The semi-finals are a week later with the final to be played on Saturday May 28.

If Munster win, they could potentially face Ulster in the quarter finals if they overcome Toulouse. Leinster or Connacht are potential semi-final opponents for the other Irish provinces as they face off in the round of 16.

Champions Cup Round of 16 Draw

The post Exeter Chiefs await Munster in Round of 16 as Champions Cup draw is made appeared first on Sporting Limerick.