A LIMERICK father has told how he is to leave his wife and son to travel to his native Ukraine where he will fight to protect his country from Russian invaders.

Mykola Krutsyk, who has lived and worked in Limerick for over 20 years, is about to take a ferry from Dublin to France, drive through Germany and Poland, and then onto the Ukrainian capital city Kyiv, which is surrounded by Russian troops and taking sustained bombardments from Russian missile strikes.

He told the Limerick Post that he is also going to Kyiv to protect his elderly father who is suffering with cancer and is too fragile to leave the shelled city.

Speaking at his home prior to his departure, Krutsyk, who is the Limerick director of the Association of Ukrainians in the Republic of Ireland charity (AURI), said: “I will be going to Ukraine because Russia started this war and they are killing Ukrainian people, children, women, and I must help. I must be there to help my fellow Ukrainians.”

“Me and some friends will be going and we will be staying in Kyiv. This is very important as it is the capital city for Ukrainians.

“Some of my family, including my dad, are there in Kyiv city. My dad is too old, he is 76, he has cancer, he is very sick and he is living in the city centre in Kyiv, but he can’t walk.

“I have talked with him and he does not want to go from Kyiv. He wants to stay there, but it is not good.”

Mr Krutsky (53) is leaving behind his son Nicolay and wife Liliya, who are preparing to welcome family members and friends evacuating the war.

“My wife and son must stay here because they can help as well from here. Just talking to me when I’m over there will be a help,” said the former self-employed electronics shop owner.

He is receiving basic military training from friends, but placing the palm of his hand on his chest, he declared “my only training is my love for Ukraine. It is in my heart.

Mr Krutsyk returned to Ukraine in 2014 after Russia annexed Crimea and delivered clothes to children and other supplies, for which he was awarded with a volunteer medal.

Over the years, he has collected eight such medals for his support for his country, which has been under threat from Russia for the past eight years.

He is bringing medical supplies to the frontline in the coming days, including thermometers, bandages, surgical stitches, ice-packs, and surgical gloves.

He admits he is afraid going to war, but he added “everyone is afraid”.

“I am going to Ukraine not to die, I am going to help, to protect. If you go there thinking you are going to die, you would not go, there would be no point.”

His son Nicolay (20), who was born in Limerick and therefore holds automatic Irish citizenship, said he considered travelling to Kyiv with his father. However he will stay to look after his mother and welcome relatives crossing the Ukraine borders and on to Limerick.

He is proud of his father, who he said has received donations of military helmets, vests, uniforms, shoes and boots for those fighting to defend their home country.

“Yes, of course I’m worried about him but I know that this is something he would do in a situation like this. I understand,” said Nicolay.

“I am staying. I had thoughts of going but I have to look after my mum and other family members are going to be coming here so I have to be here.” 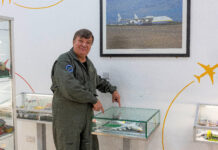 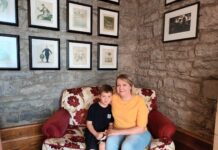 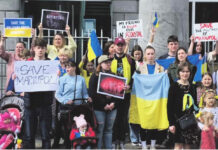 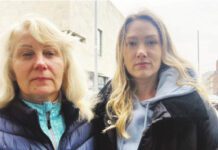 Limerick is an oasis of kindness for Ukrainian refugees 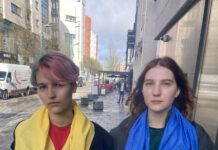 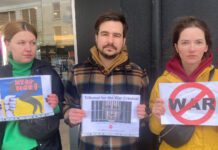