A TINY forest is about to take root in the Raheen Business Park, thanks to the efforts of medical technology company Stryker to reduce carbon emissions and improve biodiversity in urban areas.

With the support of the Limerick City Tidy Towns group and students from Crescent College, Stryker is undertaking a major programme of planting that will deliver significant benefits to the local environment.

The initiative is based on a Japanese concept dating back to the 1970s, that has been recognised as an effective approach to improving biodiversity and air quality in urban areas. The dense planting method of these forests means that they grow very quickly, up to five times faster than traditional woodland, and they absorb up to thirty times more carbon.

Stryker has strong roots in Ireland, with eight sites and more than 4,000 employees in Cork, Limerick and Belfast.  All sites now use 100% renewable energy and are on target to become carbon neutral by 2030.

Limerick Plant Manager Richard McKeogh said that the Tiny Forest at the Stryker site on the Raheen Business Park is the first of its kind in Limerick City.

“Working with local community groups and schools helps to broaden Stryker’s reach, recognising that we can have a greater impact when we partner with others,” he explained.

“While there are significant environmental benefits from this initiative, our team at Limerick will also benefit from the development of this forest that will act as a walkway and wellbeing space on site.

“The inclusion of a bee apiary was influenced by an avid bee keeper within our team. Our work also influenced the unique design of the forest – hundreds of native trees and shrubs have been planted in the shape of our main life-enhancing product, a femoral knee replacement.

“Working with schools also provides an educational opportunity for students to see the impact that small changes can have on the world around us. Innovative approaches such as this are inspiring, and show that solutions exist to the challenges facing the environment,” Mr McKeogh added. 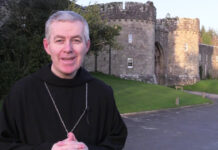 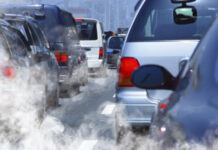 The air is only fair in Limerick City