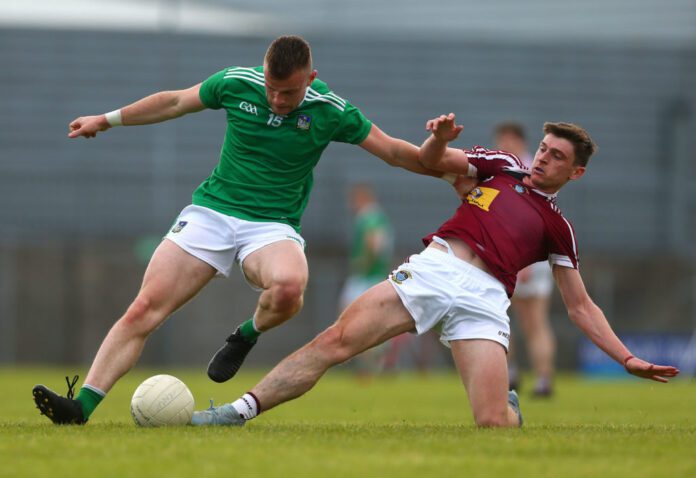 Limerick’s Iain Corbett has been selected onto the Sunday Game Team of the League for 2022 after helping his side to promotion from Division 3.

Corbett was in scintillating form throughout as Limerick fell short in the League final at the weekend.

He is named at corner back on the team.

Positioned at centre-back for each of the eight games this Spring, the Newcastle West man was a pillar of strength for Billy Lee.

Corbett was the first Limerick man nominated for an All-Star in ten years when he was shortlisted for an award in 2020 and hasn’t looked back since, earning two promotions in three years as joint captain of the side.

He is one of two Division 3 players selected to the team alongside Louth captain and League top scorer Sam Mulroy.

Division One champions, Kerry have the most selections with four, Jason Foley, Tadhg Morley and the Clifford brothers Paudie and David. Mayo have three, Armagh have two chosen while there is one each from Limerick, Louth, Tyrone, Derry, Roscommon and Galway.

For Corbett and Limerick, next up is Clare in the Munster Football Championship quarter-final with Clare on April 30.

The post Iain Corbett named on Sunday Game Team of the League after helping Limerick to promotion appeared first on Sporting Limerick.