Home Limerick Limerick LGBTQIA+ community not going back in the closet

“We’re not going back in the closet” – that was the determined message given to a gathering in Arthur’s Quay Park last weekend to commemorate the two gay men who were murdered in Sligo last week.

Richard Lynch, PRO for Limerick Pride led the vigil to commemorate and mourn Aidan Moffitt (42) and Michael Snee (58) who were found dead in their own homes in Sligo Town last week.

A man was remanded in custody at Sligo District Court on Thursday after being charged with their murders.

Mr Lynch led a minute’s silence for the victims and asked for prayers for them, their families and friends.

He said: “Violence affects every one of us, regardless of our creed or sexuality….It’s sad to say that in 2022 we are still scared to be judged for who we are.”

He welcomed the large crowd attending the vigil, including Mayor Daniel Butler, and also offered sympathy to the family of Alan Bourke, who was found dead in Parnell Street following an assault in the city on Friday last.

Alan Long, Board Director of the LGBT National Federation addressed the crowd. He said he was speaking “not just as a representative of an advocacy group, but as a gay man and as a member of a community that was so brutally targeted in Sligo.”

Mr Long said that if “anything  is to come from these dreadful events, let it be that we refocus and not just react against prejudice and discrimination, but to be proactive in standing firmly with our LGBT plus communities. We are not going to go back into the closet. We are not going to compromise our hard-won visibility.

He welcomed the progress on hate crime legislation, but said that there needs to be resources and training and evidence that “there are consequences for targeting people because of their inherent identity”.

Lisa Daly, chairperson of Limerick Pride said: “This violence is a stark reminder of the reality faced by people in our community and why it is vital that we have Pride, why we fight to live freely and safely.

“We know that the motive of some people is to return to an era for LGBTQI plus people to get back in the closet,  hide and be ashamed of who we are – well, we’re not going to do that.” 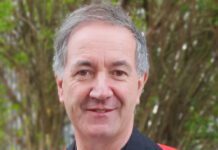