Home Other Horseracing The Weekly Racing News from Limerick and Clare 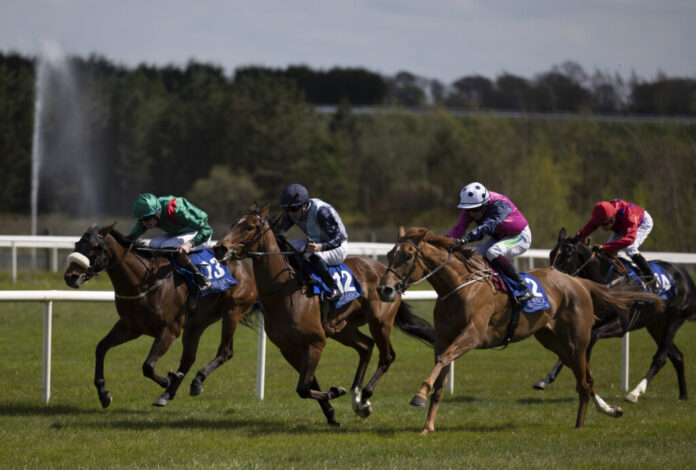 ONCE again we relay all the Racing news from Limerick and Clare in the last week.

Athea-based Eoin McCarthy was among the winners at Bellewstown on Wednesday evening where Drombeg Duke scored a cosy success in the eight-furlong handicap. Owned in partnership by his breeder Philip McAuliffe and Cian McAuliffe, the six-year-old was well in control early inside the final furlong as he beat Ross O’Sullivan’s Miss Florentine by two and a quarter lengths under Gavin Ryan, a fifth career success for the 5/1 winner.

Easily the most impressive winner on the day was the Paddy Twomey-trained Earl Of Tyrone which took the concluding 12-furlong maiden under Billy Lee. The four-year-old was sent off at odds of 1/5 favourite and the result was never in any doubt as the Robert Moran-owned gelding came home a seven and a half-length winner from the Ciaran murphy-trained Granville Street.

McCarthy was also on the mark at Kilbeggan on Thursday where Name Me Famous won the first of the handicap hurdles on the card. Richie Deegan was in the saddle as the Denis Enright-owned six-year-old scored by four and a half lengths from the Lorna Fowler-trained Y Fyn Duw A Fydd.

At the same track 24 hours later, Conor McNamara teamed up with Gavin Cromwell to win the handicap chase with 5/1 chance Sweet Will. In the colours of the Out Of Bounds Syndicate, the five-year-old recovered from a bad mistake at halfway to beat Gordon Elliott’s Quantum Realm by three and a quarter lengths.

Mark Enright recorded an opening race double at Limerick on Saturday afternoon and he shared his success with trainer Fozzy Stack. The pair captured the seven-furlong maiden with Baroque Artist, in Stack’s own colours, which got the better of the Ken Condon-trained Marhaba Ashmayme by half a length and followed up with a narrow success for Fizzical in the eight-furlong fillies’ maiden. At odds of 16/1, she beat the Joseph O’Brien-trained Sareeha by a head for owner/breeder Michael Begley.

Ballingarry-based Richard O’Brien won the last of the eight-furlong handicaps with the Nathan Crosse-ridden Breaking Story. Owned by Ray Kazmierczak, the six-year-old held off the late run of the Joseph O’Brien-trained Toshizou by three-parts of a length and the 5/2 chance was the only winning favourite on the eight-race card.

Dermot McLoughlin became the first trainer in almost 50 years to land the BoyleSports Irish Grand National for a second successive year when winning the Easter Monday spectacular with Lord Lariat at Fairyhouse.

A year on from the success of 150/1 chance Freewheelin Dylan, the Ratoath trainer struck once again as the 40/1 shot made much of the running to win under 24-year-old Paddy O’Hanlon. The win saw McLoughlin become the first trainer to win consecutive renewals since the Jim Dreaper-trained Brown Lad recorded the second of his three wins in the race in 1976. McLoughlin’s late father Liam won the race as a jockey in 1962 earlier on Kerfuro for Tom Dreaper.

The post The Weekly Racing News from Limerick and Clare appeared first on Sporting Limerick.