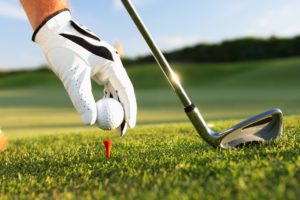 PHIL Mickelson is the poster boy of the new Saudi golf association called the LIV, 15 other Golfers in the top 100 have also followed over.

Phil Mickelson started a stir in the golf world when he bashed the PGA tour, he had issues with player freedoms and player wages for the lower level golfers. Back in February when Mickelson made these announcements about the PGA and going to the LIV there was major backlash against the 6th time major winner.

Mickelson hasn’t played a tour event in golf since his comments, he even missed out on the Masters due to the stance he made in February. Monday the 25th was the last day the PGA offered players the opportunity to ask for a release from the tour. Mickelson is the front runner and is very open about his decision.

It’s time to give a little more information on the LIV organisation and what its plans are. Greg Norman is the CEO of the first LIV Golf International Series. The name comes from Roman Numerals, LIV stands for the number 54 which is the format for the hole structure in the tournaments. Its also the lowest possible score you can achieve in golf.

The original plans for series of events was the foundation of a super league that would be played by the worlds best once they eventually left the PGA. However, with Mickelson’s comments in February many top players decided against the league. This meant Norman was forced to alter plans and scrap the league system for two years.

Norman and the Saudi group changed the format to the eight event series was brought in to see if there would be success in a smaller capacity first. The biggest plus for the players in regards to joining the new league is of course the money.

The events will be 54-hole events which have no cut. The first seven events will have $25 million purses, $20 million of that goes to the individual players. The winner is to earn $4 million and very last is to earn $120,000. Appearance fees for some players and a $5 million dollar team prize is also available.

The first of the LIV Golf Invitational event will take place at the Centurion Golf Club outside of London on June 9-11.

It is time to wait and see how the Invitational series starts off. Will it take off and rival the PGA tour? or will the tournament fall apart quite quickly and ruin many reputations in golf. We we will find out on June 9th.

The post Phil Mickelson and 70 others seek permission to join the Saudi backed Golf Invitational appeared first on Sporting Limerick.