Home Sport Gaa “They’re used to this level but it doesn’t mean there won’t be... 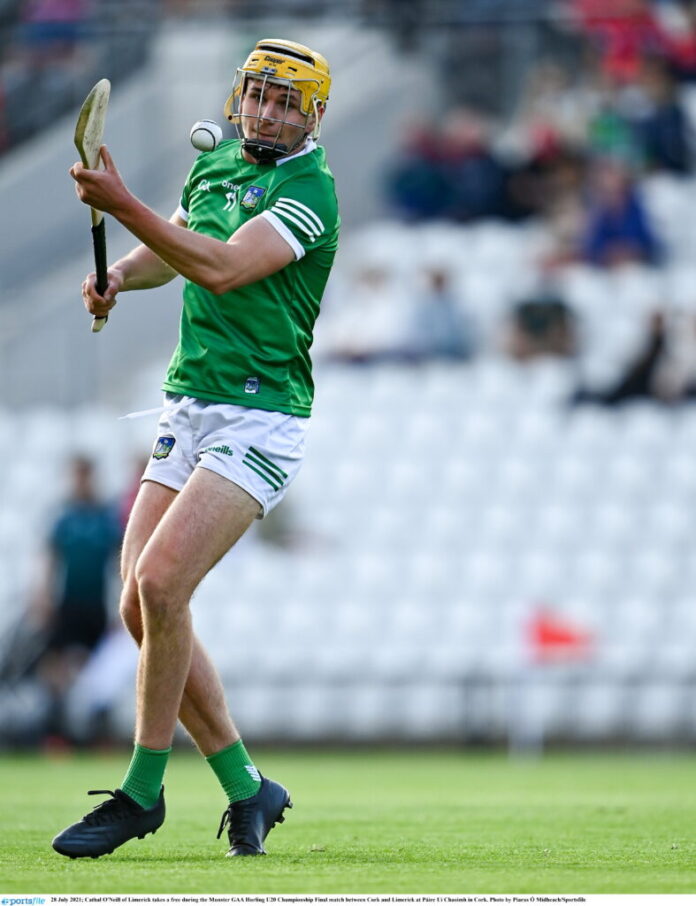 LIMERICK will be appearing in a second consecutive Munster U20 final tonight.

Seeking to rectify the wrongs of 2021, the Limerick hurlers are back in the Munster U20 final. Last year, Diarmuid Mullins’ side were beaten 1-26 to 1-24, with the Rebels dominating despite a strong comeback from the Treatysiders.

Cork, who were defending champions, went on to win All-Ireland honours but this time around, Limerick are the favourites with nine of that side retained for tonight’s decider.

Limerick are without star player Cathal O’Neill who has featured in the senior championship while Diarmuid Hegarty misses out through injury after scoring 1-3 in last year’s final.

Patrick O’Donovan, who is a member of the senior side makes the bench with the Effin man only getting ten minutes of game time thus far as he recuperates from injury.

These sides met in the Munster Minor championship in 2019 with Mullins in charge as Limerick picked up a 3-24 to 1-15 win to seal a place in the provincial final, which they won against Clare.

The following year, under the same manager, Limerick retained their title.

As such, Mullins is confident in his sides ability to deal with the big occasion having had so many Munster finals to contend with. However, he is under no illusions that there will be some nerves amongst both set of players.

“Look it’s good to be back. It’s good consistency with this group and in fairness to the lads between minor and 20’s, I think this is the fourth Munster final for some of them.

“The lads will rest and we’ll get a couple of sessions in but it’s all about being fresh and having whatever plan we want to put in place next week.

“I think the lads are used to playing at this level but that doesn’t mean that guys won’t be nervous or guys won’t make mistakes you know that’s the nature of it. I suppose you don’t get as many opportunities to play minor and 20’s as maybe a seasoned senior player does playing National League or Championship games so it becomes part of just going out and playing.”

Limerick will be seeking a first title at the grade that was changed to U20 in 2019, the last year Tipp were crowned provincial champions.

It is also the first meeting of the sides in the grade.

Throw in is at 7.30pm in the TUS Gaelic Grounds on Wednesday May 4 with the game live on TG4.

The post “They’re used to this level but it doesn’t mean there won’t be nerves” | Mullins taking nothing for granted ahead of Munster U20 final appeared first on Sporting Limerick.