Gerard Culhane of Marian Place, Glin appeared at Dublin Circuit Criminal Court today on charges of harassing Deputy Carroll MacNeill at unknown places within the State on dates between January 13, 2020 and March 26, 2020.

The court heard that during that time, Culhane sent the TD 13 messages, including three sexually explicit videos.

In her victim impact statement Ms Carroll MacNeill said she was in the middle of a general election at the time and the harassment from Culhane was “extremely difficult to deal with”.

“I do not wish to be here,” she said, adding that “with every fibre of my being” she didn’t wish to waste the time of the court, the Gardaí or the Director of Public Prosecutions. But because Culhane sent her “unsolicited images ……we all have to be here”, she said.

She said she would rather spend her time more constructively working in the Oireachtas, serving her constituents and spending time with her young son.

“But because some man thought it was okay to invade my life and my mind and my sense of security because of whatever twisted purpose he got out of it, I have to use my time to pursue it,” she said.

“I do not choose to be sexualised in this way, to be in media articles with sexual content. But because some man decided to send me sexually explicit videos, it is there for ever more foreveryone to see. All of this is without my consent,” Ms Carroll MacNeill said.

She said didn’t wish to be “a victim”. “I am a private person and I just don’t like it,” the TD said, before adding she was “keen to downplay” the case.

Ms Carroll MacNeill said at the time, she was worried for her safety because she was in the middle of a general election during which time the main objective is to go out and meet as many members of the general public as possible.

She said she got an awful fright when she received the messages and she didn’t want to worry about her safety at the time. “We all needed to get on with the job”, she said.

Ms Carroll MacNeill said she was on high alert and her team and close family were more protective of her.

“No one should have to get unsolicited sexual content. It greatly impacted me in the process of trying to become an elected representative,” she continued.

“When you are running an election, the key objective is to physically meet people. I was afraid for the first time.”

She felt didn’t know where the threat was, or what the nature of it was. “Was the person far away from me, crossing the road towards me. What were they going to do? Was I going to be attacked?”

She said at the time she had “a cold sense of dread” and spoke of a reluctance to smile, to put out her hand and engage.

“But in my mind, whether rationally or not, this person, whoever they were, now had every opportunity to simply walk up and see me up close and be near me. And this terrified me”.

She said the impact of Culhane sending her these messages had a wider effect on her family, her husband, parents and sister and said “something of this nature” can just “creep into your life”.

A Garda investigation was launched to try and establish the identity of Kevin Walsh and Culhane was ultimately nominated as a suspect. A warrant was executed to search his home in July 2020.

Det Sgt Kilpatrick said Culhane immediately admitted that he knew why Gardaí were there. He handed over his phone and provided gardaí with his password for Facebook.

He admitted that he sent male nude messages and acknowledged that he had received no responses to his messages. He said the videos and images were not of himself rather he had downloaded them from pornography sites.

Det Sgt Kilpatrick agreed with defending solicitor Karl Monahan that Culhane, who lives with his parents, had not come to Garda attention before or since.

She agreed that he expressed remorse, made admissions and apologised. He said it was “stupidity” that made him do it, adding, “if I could take it back I would”.

He had €1,000 in court to offer as a token of his remorse, which Ms Carroll MacNeill has indicated that she would like to be donated to Aoibhneas Womens Refuge in Coolock, Dublin.

Mr Monahan said his client has been unemployed since 2004 and lives off social welfare payments. He stopped drinking in 2017 which led to him becoming socially isolated as he stopped meeting friends.

Counsel said Culhane later enrolled in a computer course which led to him being introduced to the internet. He began to communicate with others via Facebook and struck up conversations with people.

“Unfortunately, he then began contacting the complainant, because he was curious to see if he could engage with her,” Mr Monahan said. He said Culhane continued the communication because he had not been blocked and he hoped that at some point Ms Carroll MacNeill would respond.

“He was not in a happy place in his life at the time. He acknowledged the fear she would have experienced and did not intend to cause distress or alarm,” Mr Monahan said.

He understood it was unacceptable behaviour but still has the support of his family although the case has been embarrassing for both him and them.

Judge Patricia Ryan adjourned the case to October 21, after she acknowledged that a previously ordered Probation Report had not been prepared for the hearing.

She said she didn’t want to adjourn the case but was reluctant to finalise it without the report.

She then remanded Gerard Culhane on continuing bail until October. 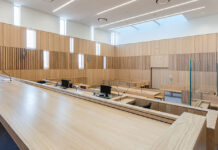 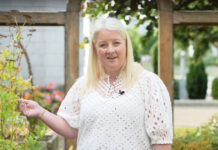 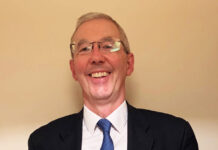 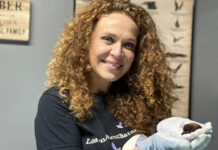 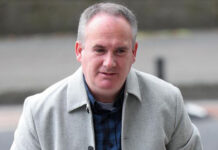 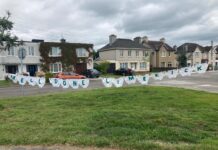