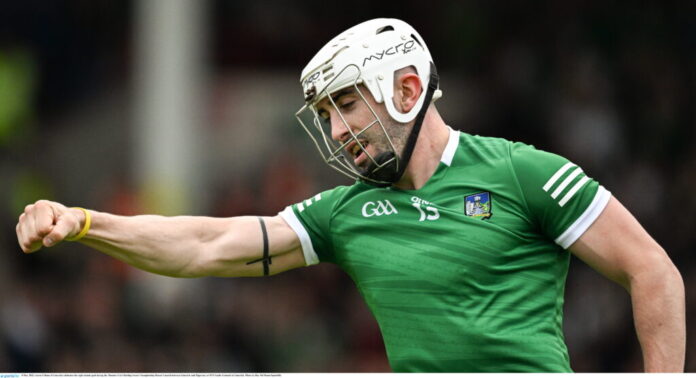 CUSACK Park beckons for the Limerick hurlers for the third time this year with a Munster final berth within reach.

A win is not entirely necessary for John Kiely and co to defend their title in the decider, should the Banner also defeat Waterford next Sunday with Limerick’s passage to the All-Ireland stages guaranteed.

Limerick were comprehensive in their Munster Hurling League Final victory in Ennis in January but needed a late David Reidy free to salvage a draw in the same venue in the League in March.

And despite having sealed progress out of Munster with their win over Tipperary last weekend, Kiely won’t be resting on his laurels heading to Ennis.

“I’ve never gone to Ennis with a free heart, sadly there’s always a very warm welcome awaiting us in us and I have no doubt it’ll be no different next weekend.

“They’re always great battles, there’s a great rivalry between the two counties. Ultimately you know we’re focusing in on the performance of the team and the team will be very conscious of that.”

An Aaron Gillane double ultimately proved the difference between Limerick and Tipperary in the Gaelic Grounds as the hosts escaped with a 3-21 to 0-23 victory.

Nonetheless, Kiely was disappointed with the nature of his sides performance, as lowly Tipp led the game for the majority of the contest.

As such, the manager is looking for an improved display against the Banner who also hold a 100% record and will join Limerick in the All-Ireland series with a win.

“They would be ultimately quite disappointed with today’s performance and aspects of it. Delighted we got the win, delighted with the contribution that our bench made in the last quarter and the way the team kept their composure in that last quarter and created scoring chances are that we needed.

“Ultimately you know we would be looking for better performance next weekend.”

Limerick take on Clare in their final round robin game of the Munster Senior Hurling Championship this Sunday in Cusack Park at 4pm.