A COLOURFUL peloton of almost a hundred cyclists took to the streets of Limerick City on Sunday to mark the end of another successful Bike Week.

The event, organised by Limerick City and County Council to celebrate and promote the benefits of cycling, was the culmination of a week of events across the city and county that saw hundreds take part in dozens of different cycling related activities.

Along with the bike parade, the crowds also enjoyed an afternoon of entertainment in the park with music, face painters and a puppet show. A bike mechanic was also on hand to provide free bike checks and minor repairs before and after the bike ride.

Among those cycling on the day was Mayor Daniel Butler, who said it was great to see so many people, of all ages and abilities, take to the streets of the city with their bikes.

“The atmosphere was brilliant and it was such a special experience to see Limerick from the river as we cycled along in such a big group,” he added. 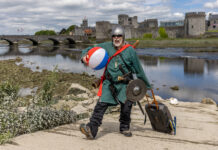 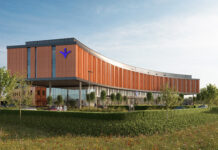